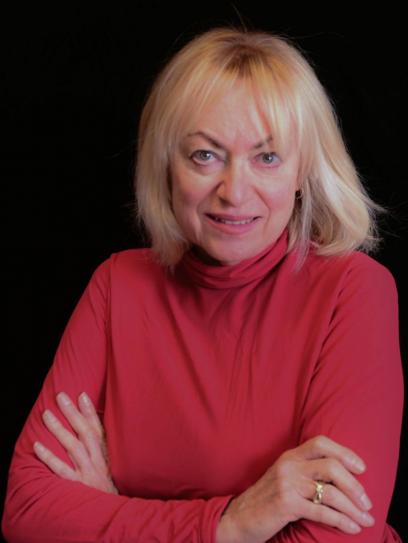 Award winning sculptor, Christine Knapp, a native of Dayton, Ohio, has been a professional artist since 1990. She is best known for her realistic bronze creations of both animal and human subjects. After attending art classes at the University of Dayton and studying with several well-known painters and sculptors, such as Lincoln Fox, Veryl Goodnight, Guy Coheleach, and John Seerey-Lester, Christine found her true love in sculpture. Response to her work in this medium has proven so successful that she now devotes all her artistic endeavors exclusively to sculpture. All of her bronzes are created by utilization of the age-old lost wax casting process. In order to better convey the spirit of her subjects, she travels extensively to obtain first hand knowledge through personal observation and her own photography. Of special interest to her is the wildlife of Yellowstone and Teton National Parks ecosystems. Native American culture is also a very inspirational force behind her work. Christine currently maintains her studio and residence in Lyons, Colorado with her husband two dogs and local wild residents (mule deer, elk, cougar, bobcat, fox and black bear).

• Selected by the City of Golden to create a life and one quarter sized Elk bronze for a prominent traffic roundabout in their city. Scheduled for official installment April 2019.• Commissioned by Stamford Hospital, Stamford Connecticut to create a bronze for their University of Nursing.• 2017 Selected by Na Aina Kai Botanical Gardens,Kuai,Hawaii,  to create a life sized moose and caribou for permanent display.• 2017; Awarded the prestigious Rose Award by the Susan K Black Foundation for her excellence in sculpture and as a teacher. • Selected for the 2014 America’s Parks II Exhibition for her bronze relief titled “Sleeping Legends”. This bronze was also awarded “Honorable Mention” by the jurors for this event.• Commissioned by the Otterbox Corporation to create bronze employee awards 2014• Selected to be a sculpture instructor for the Western Art Academy at, Schreiner University, Kerrville, Texas,  2013 to 2018.• Awarded “Best Wild Life” art for bronze sculpture titled “Wrapped Walrus” by the Susan K Black Foundation, September, 2012• Selected by Artists for Conservation live exhibit in Vancouver, B.C. for sculpture of a polar bear titled “ Bearly Making It” September 2012o Sculpture in the Park exhibitor 2010 through 2019o Elected as Signature Member to The Society of Animal Artists, June 2009o NatureWorks Fine Art Show& Sale, March 2004, through 2019 Tulsa, Oklahomao Award of Excellence, NatureWorks Show, Tulsa, Ok. March, 2007o Loveland Sculpture Invitational, Loveland, Colorado, August 1999 through August 2009• Best of the West Show, June 2004, & 2005 Pinetop, Arizona. Awarded best-multicolored sculpture at this show.• Commissioned by Good Samaritan Hospital in Dayton, Ohio to create two bronzes for their University of Nursing May 2006.• Bronze depicting a running Cheetah titled “Amazing Grace” presented to the President of Namibia as a conservation award in the United Nations, NYC, October 2005. 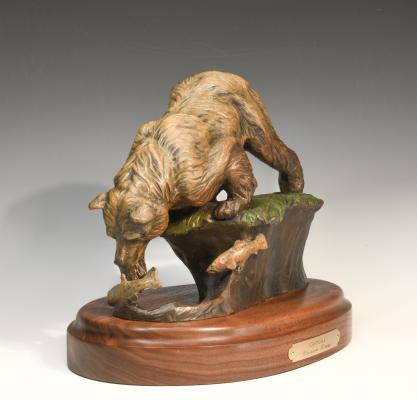