Wildlife and Animal art in Colored Pencil and Mixed Media

"I am very proud to be a Signature member of Artists for Conservation. I hope to contribute to the conservation support of the wonderful wildlife and environment, of this planet, through my art and membership of Artists for Conservation. The Animals speak to me in a very special way and because of that I try to help them speak to you through my art. I strive to portray the velvet touch of their fur, the sound of their roar or the plight they are living to simply exist. I pledge a percentage of my artwork to non-profit, conservation organizations and I hope to help the people to understand just how much this world and wildlife needs our awareness. "

I volunteer at the Performing Animal Welfare Society (PAWS) and have volunteered there for over 6 years. I am a docent for the Elephants and the Lions. I love my work there and have a great fondness for two elephants named Maggie and Mara, which I have created an artwork of these two.

Maggie and Mara were both born in Africa (in the early 80’s) and were orphaned when their mothers were shot in a cull (a systematic killing of adult elephants by the government in order to control population encroaching upon human civilization).  Both elephants were placed in zoos, one in San Jose, CA and one in Alaska.  After Maggie’s elephant companion passed away in Alaska there was an outcry to bring her to a more appropriate climate where there are more elephants for her to reach out to.  Mara was going to end up in a circus.  PAWS have 2,300 acres in San Andreas, CA. It's currently home to African and Asian elephants, tigers, bears, African lions and a black leopard. The elephant habitats at PAWs provide the elephants with acres of varied natural terrain to roam, lakes to bathe in, and state-of-the-art elephant barns equipped with heated stalls and indoor therapeutic pool.

PAWS continue to maintain the health and dignity of the animals of captivity, that reside there. They are not open to the general public, but they do occasionally, hold open houses and special events where the public is invited. As a docent I am there, for these events, to talk to the people and help them to understand just how difficult their lives were, in captivity, before they came to PAWS. It’s very rewarding! 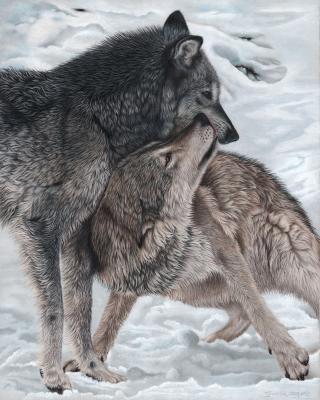