A Life-changing Trip to Borneo, Indonesia 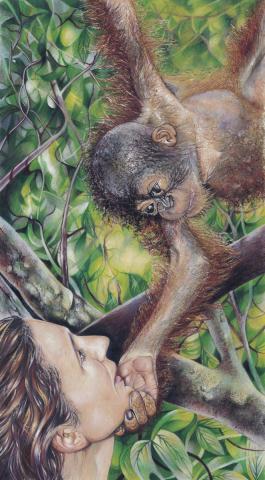 I would like to share my amazing 6-day trip in 2005 to Tanjung Putting National Park in Kalimantan (a part of the island of Borneo). It is here where FRIENDS of the NATIONAL PARKS FOUNDATION is stationed, and that I have been supporting for quite a few years.

FNPF is an Indonesian non-profit organization whose mission is to protect Indonesian wildlife and restore their habitat as well as involving local communities.

Their work is comprehensive and includes:

>Community development projects to provide the natives an alternative to logging and poaching.

When I finally reached Kalimantan I was warmly greeted by some friendly FNPF staff and by my hostess Miow Yen Yap (Yen) who is the project manager (amongst other things) of FNPF. It was such a relief to see a smiling and welcoming face. I also met up with an English volunteer whose name was Jon Wild.

The first thing that hit me when I boarded the boat for my temporary home was the humidity. I believe it was around 95%!

On our way down the Sakonyar River we noticed an Orang-utan high up in a tree- top preparing his nest for sleep. This is quite a rare sight to see them in the wild like that as Yen told me they are quite shy creatures in the wild. When I arrived at my guesthouse I was taken to my room where I chose right away to put a Mosquito net around my bed! The bathroom called a “Mandy” had a “Bak” for bathing. This is an upright vessel containing the well water that you scoop out with a plastic container and then pour the water over yourself. Although not conventional for me I felt grateful to have experienced this “hands on” Indonesian way of life.

My first walk through an Indonesian forest was one of awe and wonder at how diverse it actually is. At one point I felt like I was walking in the deep jungle and then I came to a more open and sandy part. It is here that I witnessed the setting up of a “Camera trap” for identifying wildcats where we first noticed some wildcat footprints. As some wildcats are poached it is important to identify their numbers as this helps build a stronger case for protection.

Although Yen had planned something for me the next day we needed to put that plan on hold as a little emergency came up. Apparently a feral Orang-utan (whom we named Robert) came back to camp. It appeared that he had been in a fight with a more dominant male and he became injured with a tare in his back. The FNPF veterinarians observed that Robert was about 15 years of age and his cheek pads were just starting to develop. In order to operate he needed to be tranquillised. A bamboo blow- pipe did this. The FNPF field staff member was so accurate at using this instrument that Robert was hit right where the vets wanted. He slowly fell to the ground and was stitched up on the operating table. I had the opportunity of observing the whole process of tranquillising and operating on Robert from an appropriate distance. He was then taken to a cage a few meters away from the clinic to rehabilitate. After he recovered he was to be released back into the forest, however this was a slow process so as to make it a natural process as possible.

Illegal logging is unfortunately destroying orang-utan’s preferred habitat of peat swamp forest and it is not just in Tanjung Putting that illegal logging is out of control. It is all over Indonesia, including other National Parks. More than 70% of Indonesia’s original forest cover has been lost. Within the last decade, the wild Orang-utan population has decreased by 50%. Knowing these facts I was given the opportunity to observe how FNPF carry out their reforestation projects. The areas being reforested are part of the home range of wild and ex-captive orang-utans and contain rare species of valuable trees. Only native tree species are replanted in order to maintain the ecological balance.

On the final day of my visit I took a boat ride down the Sakonyar River to observe other wildlife along the way. I saw crocodiles, proboscis monkeys, hornbills and herons. The natural colour of the River is black. A process of tannin leaching into the water by the plants causes this. Where the water is not black (or green) is caused by illegal gold mining. Illegal gold mining removes the top- soil and therefore it takes centuries for the forest to recover. FNPF are doing everything in their power to maintain the ecological balance of those areas.

The “Grand Finale” of my trip was a visit to the local village across the river. Here I saw the local school and along my way a little boy ran out to greet me and to also see where I came from. Luckily I had a little Australian souvenir in my pocket to give him, which he was so delighted to receive! Many of the people employed in this village are working in FNPF’s rehabilitation and reforestation work. There is also an established batik workshop that teaches this ancient art of fabric design and manufactures products for sale. FNPF works in the villages to develop other sources of income including the ones I just mentioned.

I had a truly enriching, educational and unforgettable experience. It was an experience of a lifetime!

“I would love it if “endangered species” became a term that we didn’t hear anymore.  Something needs to change. Change is possible. Change is scary and right now we really don’t have a choice… ” During my travels in the deep jungles of Borneo, the eyes of the orangutans struck me.This was the...
Read more... 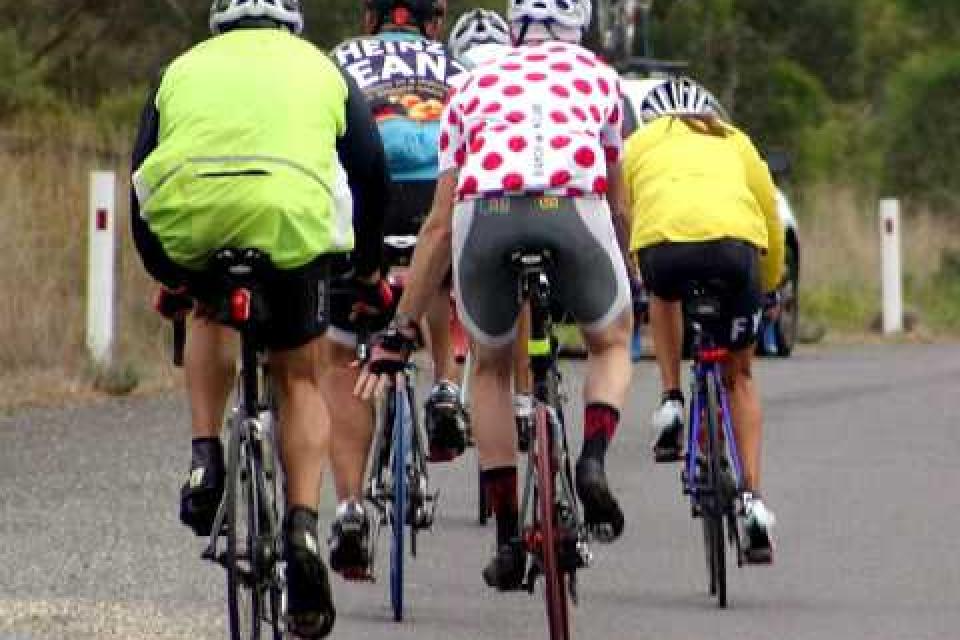