Portraits of Birds of the World 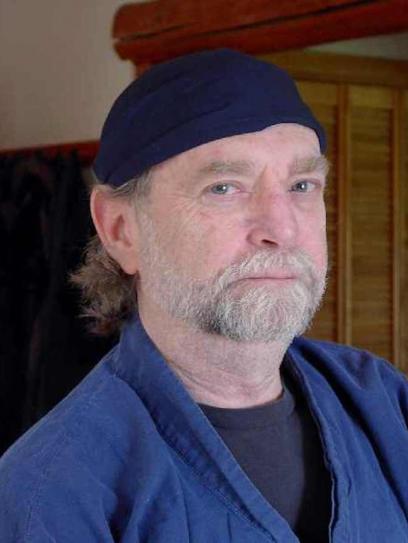 My aim in painting has always been the most exact transcription possible of my most intimate sensations of birds in nature. I have tried to present my impressions in what is the most congenial and expressive form achievable from me. I have elected to study birds with brush and paint, attempting to force this often-unwilling medium of paint and ground, to record them. I recall two strong feelings since my childhood: a bond between birds and myself and desire for self-expression with my hands. These have never ceased to be united within my evolving vision and lifework as a painter of birds. I have a kinship with Man's first artists and America's lineage of Avian Artists, beginning with John James Audubon. Although my subject matter may appear to be strictly birds, I am as much influenced by the landscape as I am by the creature; the goal being for me is to effectively blend the two as Art and Science, which expresses natural beauty and educates others towards an intimacy with our natural world. I want to make visual poems about bird life with my creative powers. All my inspiration for painting is derived directly from nature, and it is to nature that I always return when seeking inspiration.

I was born in Connecticut in 1941. Living with my grandparents on their Trumbull farm in my formative years, I became enchanted with wild birds, nature and Biology. Visits to New York City, New Haven, and Boston Museums opened my mind to both Art and Natural History and I began to emulate what I saw represented there. I became acquainted with Roger Tory Peterson and gained many early skills in the field while attending his local bird walks at the Fairfield Birdcraft Sanctuary. The little museum of birds at the sanctuary became my haunt on weekends and I became friends with Mr. Frank Novak, the curator, who taught me how to prepare a scientific bird specimen.

I attended Oberlin College as a Zoology Major and continued my informal bird study with Prof. Em. Lynds Jones ,a pre-eminent field biologist at the college. It was here that I began my professional career as illustrator preparing the ink drawings from specimens for Prof. Warren F Walkers' ‘'Vertebrate Dissection , 3rd Ed. and ‘'Anatomy of the Cat''. At that time I also began to draw birds from the college collection, training my eye to the individual nuances of each species and clarifying my understanding the living bird in the field.

I returned to New Haven after college, and took a position at the Yale University Peabody Museum as assistant illustrator and began to paint seriously in my leisure hours. I learned to handle tempera, oils, and watercolors from various members of the museum artist staff who kindly guided me in my passion to learn. These men included Rudolf Freund, (James) Perry Wilson, and master bird taxidermist David Parsons. I would often take my lunch watching Perry Wilson or Rudolf Zallinger working on a diorama or mural in the main halls of the museum. Perry Wilson's conversations helped direct my energies to plein-air landscape painting in oil and watercolor to train my eye toward seeing with my brush and to create bird sketches from life in the field. Robert Verity Clem would occasionally come by the bird range and severely critiqued my efforts, for which I will be eternally grateful.

In 1967, I was introduced to Don R. Eckelberry whose bird guides I had admired since childhood. Don encouraged me with demonstrations and lively discussions that gave me the courage to strike out on my own as a painter of birds. He has mentored many fine bird painters and illustrators and I feel deeply honored to have known him well.

I have traveled to study birds in the United States, Central and South America, The Caribbean, Hawaii and most recently Japan. Ocean birds have always captured my interest and I have spent months on oceanographic scientific cruises in the New World.

I have always been drawn to the sea and the mountains. For the last 35 years, I have made my home in Western Oregon. After a visit to the Pacific Northwest in 1970 to study birds, I decided to settle in the Willamette Valley of Oregon. I think what I treasure most about Oregon is the accessibility to 'wildness', which for me evokes the sense of the ''primal'' or fundamental earth. There is enough subject matter in Oregon to keep me painting for many lifetimes.

My personal goal now is to help support the lives and conservation of the birds which have supported my life. Cranes and Sea Birds are of particular interest to me and I am working in their behalf, both in the USA and Japan.