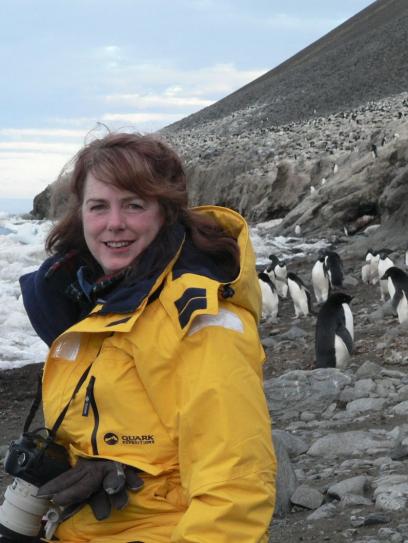 Like most wildlife artists, Linda was enchanted with animals at an early age. However, it was the vivid childhood memories of her great uncle and his African hunting stories which gave her an immediate sense of the adventure one experiences when exploring wild animals and places. Linda was drawn to the outdoors through her geology bachelor's degree from Colgate University, followed with a Master of Science degree which enabled her to get into the back country of Alaska, Nevada, Wyoming, Utah, and Montana.

Without formal training, Linda developed her unique style by using hand-gessoed untempered hardboard for her substrate and luminous premium oil paints to capture the spirit of the animals she paints. The subtle gesso texture underneath is designed specifically for each painting, and the creative use of the tonal underwash or colored gesso give her paintings a "glow from within." Painting exclusively in oil because she likes its luminosity, depth, and intensity of color, Linda uses a mostly wet-on-wet technique to capture the immediacy of the image. Linda developed this technique after her 1997 trip to Africa. Once she saw the deep oranges and cobalt blues so central to the colors of this continent, she knew that in order to capture the essence of these animals, her technique had to match the spirit of her subject. Linda was then able to adapt this approach to her paintings of animals and nature from around the world.

Linda's oil paintings were garnering attention and in the fall of 1998 had her first show when she was juried into the nationally recognized Pacific Rim Wildlife Art Expo in Seattle. With the high praise she continued to receive for her work, Linda decided in the spring of 1999 to become a full time wildlife artist. Since then, she has been back to Africa for an extended 5 ½ week trip (including a 70 km canoe trip on the Zambezi river where she camped along the banks at night), and again in 2007 and 2018, each for a month. In Nov and Dec 2008, Linda landed on Antarctica, her 7th continent. Always ready for the next adventure, in 2012 she paddled a canoe 459 miles above the Arctic Circle in a group of 6 (3 men, 3 women) with no guide nor resupply.

Linda knows it is essential to see the animals in their natural habitat and uses only her own photos, field sketches, and field paintings as the basis for her paintings. She creates a composition designed to reflect the inherent artistry of nature. The words of John Ruskin illustrate how Linda feels when she begins a painting, " Nature is painting for us, day after day, pictures of infinite beauty if only we have eyes to see them." Using nature's own artistry, Linda works to capture that intricate beauty in her work.

In such a short period of time, Linda has garnered an impressive list of collectors and her work is hanging in homes and offices on 5 continents.

She has been juried into the top shows in North America. Linda's paintings have been accepted 11 times into the prestigious Birds in Art show at the Leigh Yawkey Woodson Museum, Wausau, Wisconsin. Her paintings have been accepted into the renowned Art and the Animal Exhibition with the Society of Animal Artists and in 2010 her painting received the coveted Ethology Award for best depiction of Natural Behavior. Linda also received an Award of Excellence in 2009, a Best in Show in 2007 and Best in Show - Miniature in 2005 at Natureworks in Tulsa for her paintings. Her work has been accepted numerous times into the National Oil Painters of America juried show with entries often exceeding 2500 in number.

Living in the country surrounded by deer, wild turkey, grouse, quail, coyote, the occasional moose and cougar, and with a studio overlooking a ravine filled with deer trails, Linda doesn't have to step far to see Nature's artistry all around her. And, maybe it is that closeness with nature, infused in each brush stroke, that keeps her collectors coming back. 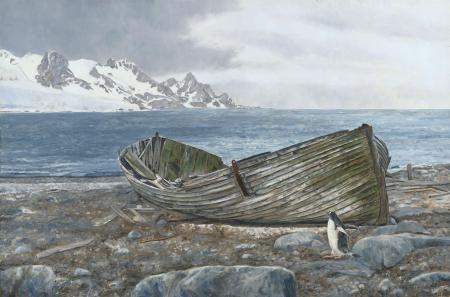