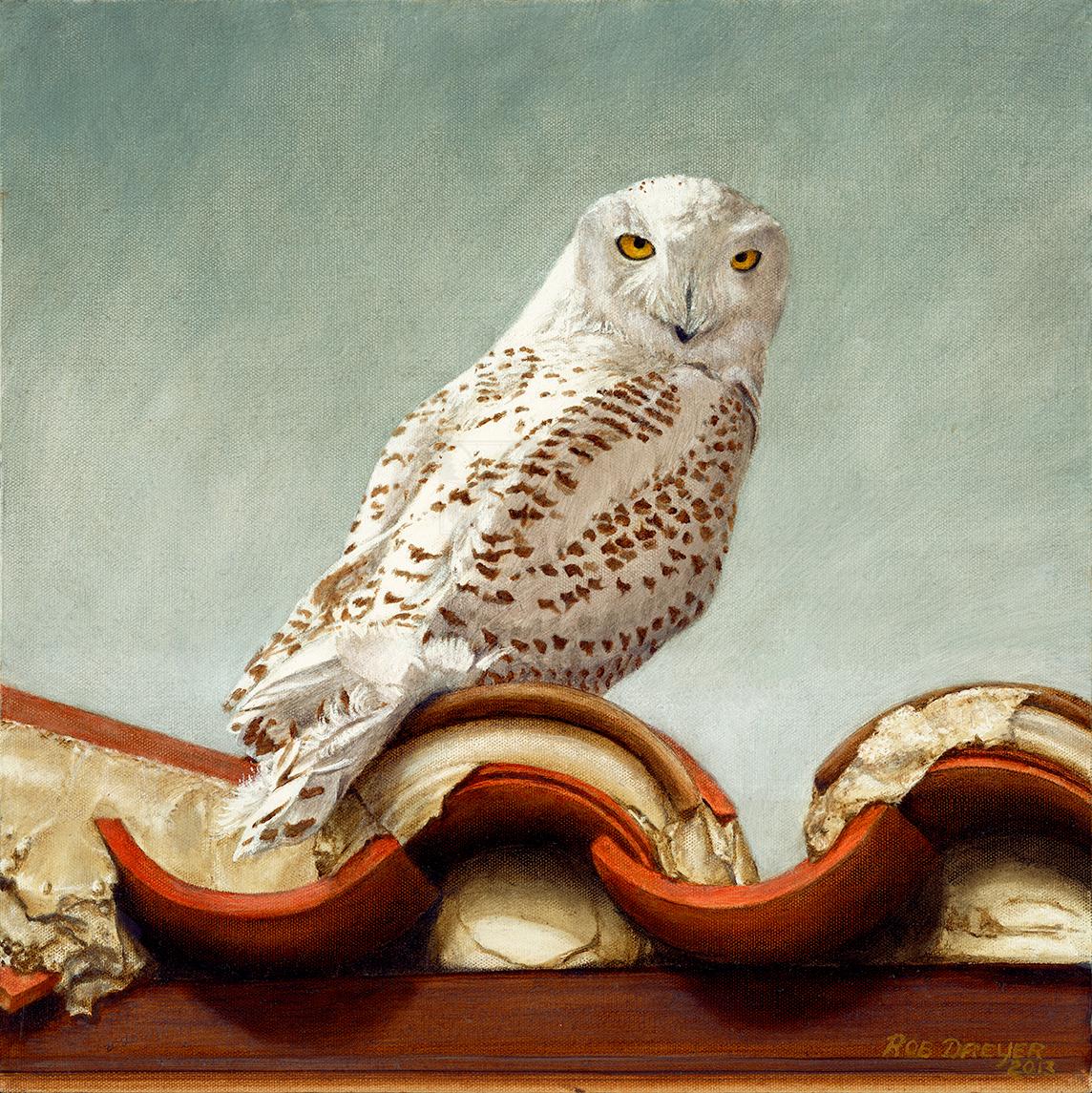 Somewhere in the skies of the north in late November 2012, an immature male snowy owl found himself getting off track. While flying south is normal for snowies that time of year, nobody apparently told this particular fellow that at some point you are supposed to stop. Maybe confused, or maybe just an adventurer, the owl flew on. Then eventually, almost 800 miles or so past his normal winter range, the snowy owl stopped and rested in December – in the community of Sea Island, GA. And the residents were pleased.

The word got out among “The Birders,” and they flocked from around the southeastern U.S to witness and photograph this curiosity.  One of those interested was a client who summers in Montana and winters in Sea Island. They had previously mentioned commissioning a snowy, as they had one that had taken up residence on their porch in Montana. When they sent me a grainy photo of this “wayward traveler,” and asked if I would consider doing his portrait, I was more than intrigued.

Well...the process of gathering reference photos became more fun than I could have imagined. Through the web I was able to meet the island naturalist Kristen Morris, who introduced me to some really fine photographers and wonderful people who were willing to share some of their work for “The Project.” We’re all still facebook friends today. I promised the photographers that if I used any of their work, that as a small token of appreciation, they could choose the conservation cause that a portion of the commission would go to support. The “winner” of that contest was Laurence Taylor, an architectural photographer by profession, but a birdlover by avocation. His choice? An organization that teaches young whooping cranes how to migrate south in the winter and return in the spring: OperationMigration.org.

The Snowy Owl of Sea Island is now a "generous" benefactor of an ultralight aircraft somewhere up north, which is imprinted on the whooping cranes as they hatch. The ultralight will teach the young whooping cranes to fly south and thus help reestablish their population back along the eastern seaboard - safeguarding them from extinction.

So the next time you see an ultralight flying overhead followed by a group of young cranes a whoopin’ – let it be known that they learned how to migrate from the Snowy Owl of Sea Island, Georgia; one of the most migratorily challenged creatures in recent memory.

All limited edition prints, both canvas and paper, come rolled in a tube.  Canvas giclee prints are hand finished with a semi-gloss UV protectant and include enough edge canvas for stretching. Please note that the “lithographic prints” are printed on Somerset Velvet Fine Art Paper and signed in pencil.

All originals and prints come with a 30-day money back guarantee. Inquire about stretched prints. 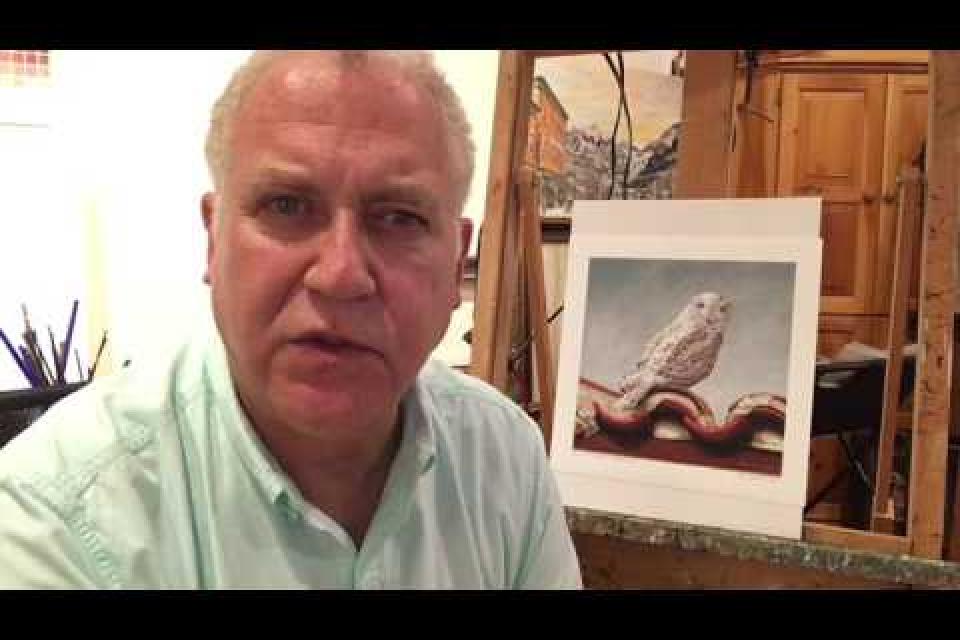