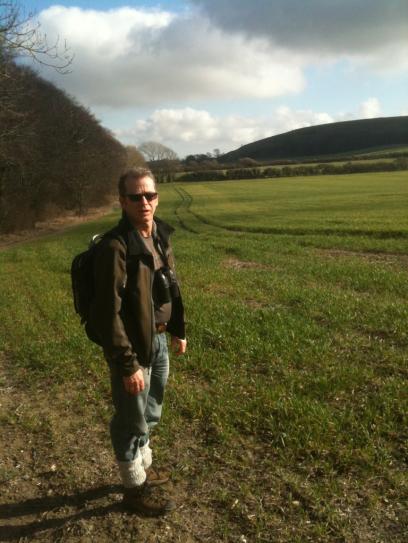 Nick Day is a self taught artist who has developed a unique medium. He ’embosses’  with nibs of glass onto a solid linen board. Then applies a mixed array of oil-based crayon over the surface. This medium is original only to his work.

He has sold paintings to the MALCOLM INNES GALLERY of natural history in Knightsbridge in London.

In 1985, at a winter exhibition at YORK GALLERY, he was judged to be the most outstanding ornithological artist of his age in the country.

In 1986 he had work accepted at the ROYAL ACADEMY OF ART Summer Exhibition on his first attempt.

He has worked for many top natural history galleries, EDWARDS CONTEMPARY ART, Tunbridge Wells, from 1993-1996, RICHARD JOSLIN GALLERIES in Taunton Somerset, as well as the DAVID CURZON GALLERY in Wimbledon, London.

He has painted sets of work for private buildings, his most recent being a set of six botanical paintings to furnish SHEIKH MOHAMMED,  (Crown Prince of Dubai) new home in London.

In both 2010 and 2011 at BAFTA HOUSE , Piccadilly, London, CHRISTIE’S  auctioned his paintings on behalf of the DURRELL WILDLIFE CONSERVATION TRUST in the 'WILD AT ART' Exhibitions, featuring many celebrated artists and photographers, including Tracey Emin, Damian Hurst, Picasso, Monet & Chagall.

He has won awards at The Wildlife Artists Society International, annual exhibition at NATURE IN ART, Museum in Twigworth, Gloucestershire, in 2012,  2015, 2016, and 2018.

In 2016, 2017, 2018 and 2019 he was shortlisted for David Shepherd Wildlife Foundation, WAY (Wildlife Artist of the Year) exhibition - and had work selected for the annual SWLA (Society of Wildlife Artists) in  the 2016 and 2018 exhibitions. Both were at the Mall Galleries in London.

At present he is selling work at the 'WORLD LAND TRUST GALLERY' in Haleswoth, Surrey & also at the 'JULIAN JARDINE GALLERY' in Perth, Scotland.

Much of his work is held in private collections 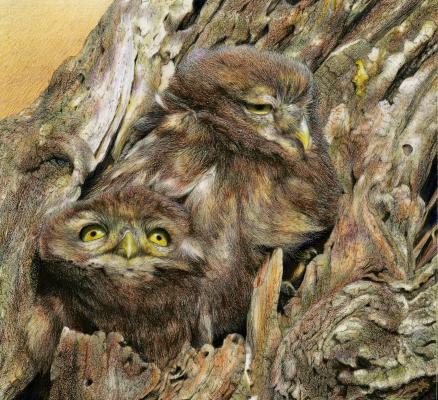