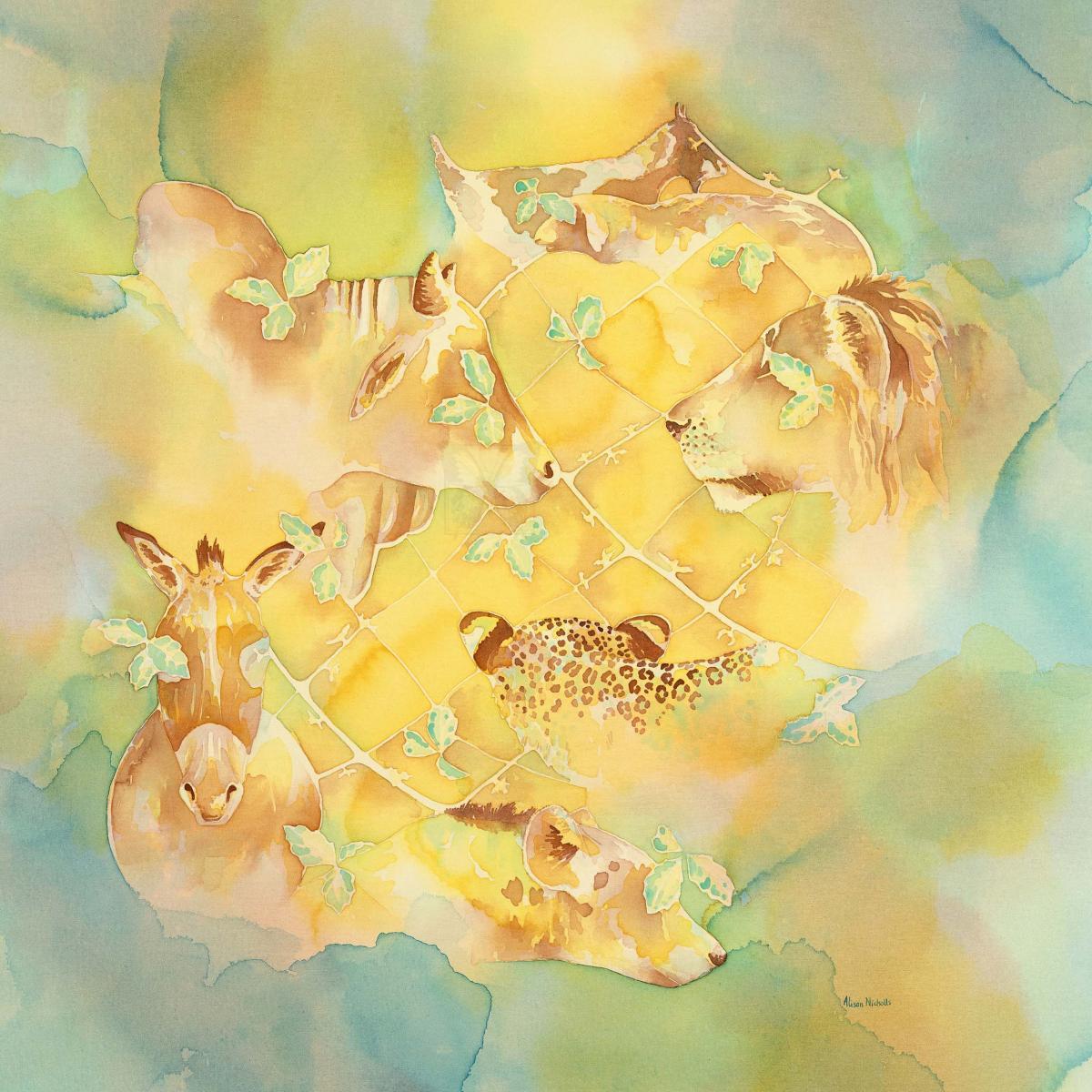 Human-wildlife conflict is increasing across the globe as the human population expands and people compete with wildlife for land, food and water. People usually prevail and wildlife is squeezed into ever smaller ‘islands’ of protected land, but there are places where these trends are being reversed, where people and wildlife share natural resources for their mutual benefit. On the Maasai Steppe in northern Tanzania, African People & Wildlife (APW) consulted with local communities to create Living Wall bomas to keep livestock secure at night.

Traditional bomas are built of piles of thorny acacia brush which must be replenished every few months, often leading to deforestation in the area. Even then, predators can get into a poorly constructed boma, or their presence can panic livestock who break out into the bush, where they are more vulnerable to attack. In the past, people might retaliate against predators by tracking and spearing the animal responsible for killing livestock, but today livestock carcasses can be laced with lethal agricultural poisons which kill any animal, bird or insect that feeds from the carcass. For this reason, predator numbers have been plummeting, along with those of vital scavengers like vultures. If livestock can be kept safe in bomas at night, when most attacks occur, then people will have no reason to retaliate against predators and their numbers can recover.

A Living Wall boma differs from a traditional boma in several ways. It is made of chain-link fencing held up by living fence-posts cut from native Commiphora trees. The trees are not killed by the cutting of thick branches for fence-posts, and the chain-link wire ensures that the livestock cannot break out of the boma. Living Walls shows a cow, goat, sheep, donkey, spotted hyena, leopard and lion, linked by the crossed lines of the chain-link wire. Some of the lines are shaped into the distinctive branches of the Commiphora, with their trifoliate leaves (leaves with 3 leaflets). Vegetation of all types grows up and around a Living Wall, creating an impenetrable barrier so that the Living Wall cannot be breached and livestock and predators cannot see each other, which is why the eyes of each animal in the painting are covered with Commiphora leaves. The fact that the painting shows livestock and predators as being physically close and linked together by the Living Wall, mirrors the situation on the Maasai Steppe, where they share the same land and the future of both are interlinked.

Nearly 1000 Living Walls are now in operation on the Maasai Steppe, protecting 170,000 head of livestock nightly. The walls are in great demand and have been 99.9% effective since their first use in 2008. Living Walls are installed in areas where livestock depredation is high, so the installation of just a few Living Walls can lead to a drastic reduction in attacks on livestock. Local monitoring shows predator numbers have risen but attacks by predators on livestock have dropped precipitously, as have retaliatory killings of predators by livestock owners. Living Walls are changing attitudes to predators and they allow the Maasai to continue to live with lions, an animal of vital cultural importance. 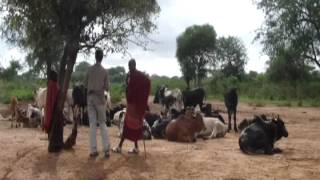 Sketching in a Maasai Homestead