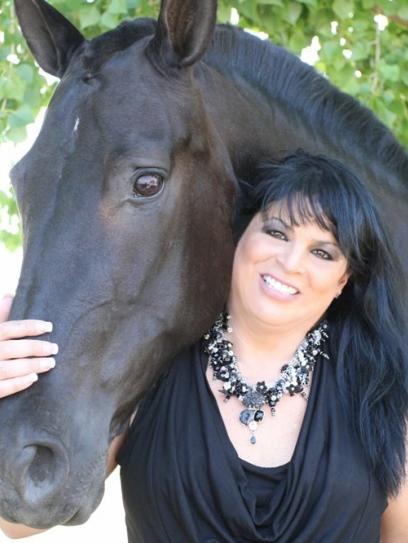 Cher Anderson was born in 1962, in Kingston, New York, raised in Mexico City and greatly influenced by the culture and the country's vast number of pioneering artists such as Frida Kahlo, David Alfaro Siqueiros, Guillermo Zuñiga and so many more, both present and past. In During her teenage years, she was relocated to Texas where she began showing an interest in fine arts, mostly painting. Through self-instruction, she achieved having several one-woman shows including an invitation to the City of Chihuahua, Mexico by the governor, where she had a one woman exhibit in 1989.

Her art focused on the beauty of women and strength of animals trying to see through their eyes and making them the focus of her work. At the end of 1989, she moved to Phoenix with her very young son and proceeded to get her degree in Graphic Design and Advertising. She spent the following years being a single mother and starting her own company so she could work from home. Growing rapidly, she was hired by a nutritional company to be their in-house label and advertising designer. This is also where she met her future husband. During these years she worked long hours, slept little and travelled a lot. While doing so she began her love affair with the camera. That became more so with the advent of digital photography and the opportunities to encounter wildlife in their natural environments. Painting took on a whole new form while using the camera and travel to far and hidden places to get "The Shot" to use as reference for next work of art.

Learning new mediums such as acrylics and perfecting her technique in watercolors to achieve realism and interpret the encounter with the beautiful creature have now launch me forward in the art world. In 2002, John and Cher Anderson Founded and help build the largest MLM Health Cmpany in the world, now in over 16 countries. Their retirement has now allowed the opportunity and time to return to her passion, dedicate herself to perfecting and promoting her work while giving back to many wildlife conservation organizations as well as having a giraffe rescue on their ranch in Chandler, Arizona.

“In my lifetime, I have painted and sold over 250 original paintings, was blessed to raise an amazing son, seen half the planet, found the love of my life and met incredible people that became my family all over the world through helping them with their health and wellbeing."

John and Cher have  purchased a property in the mountains surrounded by the Tonto National Forest. These 40 acres were designated to become a subdivision with approximately 6 homes per 1/2 acre. This beautiful land is forested and is the safe haven for large herds of elk and deer as well as other animals including black bear, mountain lion and javelina. Arizona suffered from a terrible drought that not only affected their resident wildlife but also threatened the very forest they live in. herds of animals arrived at this property these animals emaciated and dying of thirst. Having now purchased this land which includes a home where they will be spending summers, they have set up a watering and feeding system for the wildlife.  Not only will they be safe from hunters, they will have a food source and never run out of water. After a few weeks of feeding and watering approximately 35 animals at a time, counting three different elk herds, they began seeing newborns arrive and counted 11 babies that now all look fat and happy! "Every time I go to our new home, I see them arrive like clockwork and both John and I know that we made a small difference and prevented their land from being developed for housing. We want this to always be left natural and since it is surrounded on 3 sides by the forest, it will be a safe haven for them during hunting season. The elk are comfortable and spend the nights laying all over the property. We have visitors small and large partaking on leftovers and carrying off their treats and even have a resident black bear that is very fond of the fruit being grown for him"

The Andersons own a 20 acre ranch in Chandler, Arizona that is quite unique in its purpose. On these grounds there is a fully-functional research laboratory for nutrition for both human and animal consumption which has been the source of supplementation for many. John Anderson, being a world renown formulator, continues his work in his privately-owned lab and has created formulas for horses, giraffes, elephants and humans.

A replica of the giraffe savannah at the Wildlife Park in Phoenix, Arizona was built to house rescued giraffes which have become a part of their family. The       square foot building has an inside facility and stables for the giraffes and is designed for quarantine and feeding purposes, being able to separate the giraffes while keeping them in contact with each other specially when there are new arrivals and they need to be kept apart from the herd. The building also contains 12 horse stables, 2 birthing stalls, an indoor arena, and Cher's photography studio.

For approximately 10 years we have been proud to be a part of rescuing giraffes and have been key in the prevention of giraffe mortality in areas affected by West Nile Virus. Having lost a giraffe to the disease, the research was done in conjunction with the University of Arizona in Tucson and have discovered that the mosquitos carrying the virus could indeed infect giraffes by biting them in the tender skin of their eyes. Giraffe skin is approximately 3/4" and impenetrable by mosquito bites but in 2014, over 80 giraffes had died in Zoos and Wildlife parks without anyone knowing why. The virus was causing the giraffes to lose weight to the point of stopping their heart and they would die of heart failure. None of this was associated with West Nile Virus until we proved it and through a network of veterinarians, zookeepers and private owners we spread the word and we were the first to actually vaccinate a giraffe for the disease. We have rescued approximately 6 giraffes and had 2 born on the property. We have lost some due to diseases and parasites they carried with them from their provenance that had caused considerable internal damage before we were able prevent their death but when they arrive they are fed, treated medically, supplemented with vitamins and minerals, loved and then integrated into existing herds to diversify the blood lines in breeding programs in zoos and parks.

On Spanish Flatts, we have bred and raised 5 grant zebras, numerous camels, miniature Sicilian donkeys, horses and many other farm animals and we continue our open door policy to receive animals in need of a safe place to become healthy and strong again. 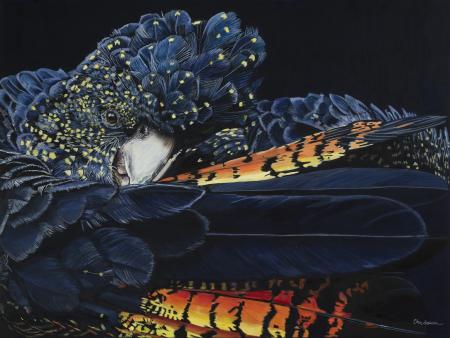