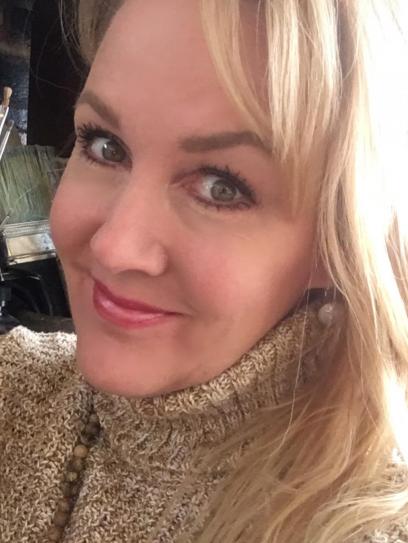 Suzanne started her earlier years growing up in upstate New York ,  with a professional artist mother and a life surrounded by the things she loved most..animals and nature.  It was the the perfect "cocktail" for a creative soul to embark in a career as a wildlife artist.  Suzanne started painting professionally while she was still in high school, but never thought that being an artist was going to be the career path she would take, because being an artist isn't something you DO, its who you are as a person.

Suzanne graduated from the University of Tennessee with a degree in Animal Science and pursued a career in cancer research at Vanderbilt University.  While at Vanderbilt, Suzanne still painted professionally in her home studio on the weekends but maintained her full time position in the lab during the week.  After the birth of children and a move to Kingsport, Tennessee...Suzanne dedicated her time to raising children , doing nursery  murals and pet portraits.   As the children grew and Suzanne had more free time, more of it was spent on advancing  her studio art career.

Suzanne opened her art studio and gallery in downtown Kingsport in 2006 and has been successfully engaging with the public,  her client base and students  through her downtown site. Here at her art studio, Suzanne works with her many gifted students.  She holds her private classes during the day, working "one on one" with many gifted artists....several  of which are now painting professionally.  A few nights a month, she will hold adult group lessons where she covers a little art history along with a lot of fun painting.  Suzanne is also traveling now, doing 3 and 5 day painting workshops, sharing her talents and enthusiasm for the oil painting medium.   When she isn't working with students or conductiong workshops,  Suzanne can be seen painting at her easel, working on portraits,  a commission piece, figurative works, wildlife or what ever happens to move her.  It is in her "oasis" that she feels most at home and at peace.

Suzanne travels all over the country and BC meeting with zoos and taking lots of great reference photos for her next wildlife piece. Suzanne understands and appreciates the zoo's conservation efforts and does much to help advance their efforts by donating pieces that are sold in auctions and  fundraising events . The San Antonio Zoo, The Woodland Park Zoo in Seattle, WA, The National Zoo in Washington DC, The Mill Mountain Zoo in Roanoke VA, Zoo Miami in FL and many more zoos have benefited from the generous donations of Suzanne's work. Many of Suzanne's pieces hang in zoo's permanent collections throughout the country including the Lincoln Park Zoo in Chicago, Illinois; The BioPark Zoo in Albuquerque, New Mexico; The Nashville Zoo at Grassmere in Tennessee  and the Dallas Zoo in Texas.

Suzanne is member of many arts organizations including The Artists for Conservation, The Oil Painters of America, The Kingsport Art Guild and The Portrait Society of America. She is represented by several art galleries including the Twigs and Leaves Gallery in Waynesville, NC and the The Mountain Nest Gallery in Black Mountain, NC as well as her own Suzanne Barrett Justis Fine Art Gallery.   She has shown in many juried and one man shows.  Suzanne has volunteered her time and talents to many community projects including the Kingsport Carousel Project: not because being an artist is what she does, but more so, because being an artist is WHO she is.  Suzanne lives with her family in Kingsport, Tennessee and is living the dream.

Suzanne has donated many of her paintings to Zoos to support the many conservation efforts the zoos may have.  These paintings are sold in live auctions where the proceeds inturn help the individual programs the zoo may have.  Some of these programs have included manatee rehabilitaion hospital in Tampa, FL  and Whooping Crane conservation in San Antonio, TX .   Suzanne continues to work with zoos, donating many paintings but is also very excited with her involvement with the AFC, because her outreach for helping the world of wildlife conservation has just become broader and easier.

I am especially proud of being juried into the Artist for Conservation 2018 International Exhibit of Nature Art.  Getting to be included in the book and meeting so many of the wildlife and nature artists that I have admired and looked up to was was a huge "bucket list" event for me 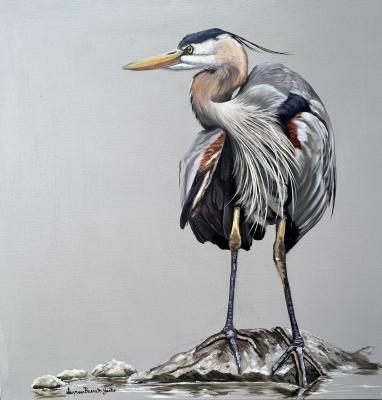