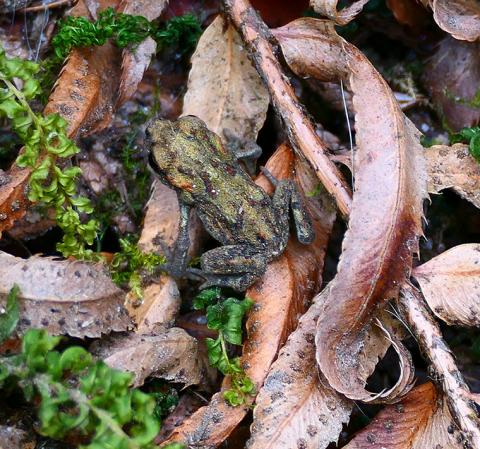 Wetlands are distinct ecosystems that are flooded by water, either permanently (for years or decades) or seasonally (for weeks or months). The water in wetlands is either freshwater, brackish or saltwater. The main wetland types are classified based on the dominant plants and/or the source of the water. For example, marshes are wetlands dominated by emergent vegetation such as reeds, cattails and sedges; swamps are dominated by woody vegetation such as trees and shrubs. Examples of wetlands classified by their sources of water include tidal wetlands (oceanic tides), estuaries (mixed tidal and river waters), floodplains (excess water from overflowed rivers or lakes), springs, seeps and fens (groundwater discharge out onto the surface), bogs and vernal ponds (rainfall or meltwater). Wetlands are reservoirs of incredible biodiversity and can be important carbon sinks, depending on the specific wetland. They need to be considered in our attempts to mitigate the impacts of climate change.

I could do a whole series focusing just on different types of wetlands! For this project, I will focus on marshes and estuaries. The severe drought conditions throughout Metro Vancouver (currently at the highest rating of 5) are very concerning not only for wildlife and habitats, but also for the long-term ecological affects it will have on the region. The next few posts will be on different wetland parks I've visited to date and some of the important species I've been fortunate to discover there.

Minnekhada Regional Park is located in northeast Coquitlam, British Columbia, alongside Pitt-Addington Marsh and the Pitt River. It is over 200 hectares in size and is made up of wetland marshy areas, dense forest, and hills. I made a trip in August to witness the Western toad migration – when tadpoles transform into toadlets and make their way to new homes high up in the forest. I was delighted to see these tiny amphibians on their epic journey, along with blue dasher dragonflies. Both are listed as species “of special concern” due to a combination of threats including loss of habitat, increased urban development, pollution, and changes in water levels. Species of Conservation Concern are those that are scarce or infrequently encountered.

Western toads use three different types of habitats during their life cycle: breeding sites along shallow bodies of water, ideally with sandy bottoms; terrestrial habitats in the forest or grasslands during the summer; and hibernation sites during the winter, where they stay in underground burrows up to 4 feet deep. The toadlets are so small! Some were the size of my thumbnail! It was incredible to find them all over the trails, climbing up very steep terrain making their way into the forest. Minnekhada is a perfect location for them. The photo and sketch below are of toadlets climbing up sword fern fronds during their journey to higher ground.

There are 87 species of dragon and damselflies in British Columbia. Of those, 23 species are considered rare or endangered. Dragonfly populations have adapted and survived for more than 300 million years and rely on still or slow-moving water for survival. They are natural residents in wetlands and can be spotted flying around lakes, marshes, and bogs. The Blue Dasher is one of a kind – it's the only member of its genus and the largest member of the skimmer family. They are voracious predators of insect pests and important food sources for many other species. One dragonfly can eat hundreds of mosquitos in a single day. The Blue dasher below was an agreeable subject, coming back often to its perch and sitting still while I sketched it.

Here is the working Wetland Naturehood Mandala to date. Still in progress, but coming along. 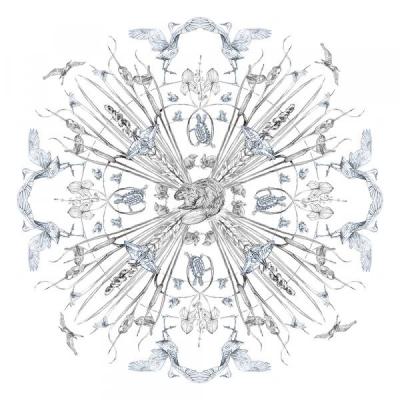 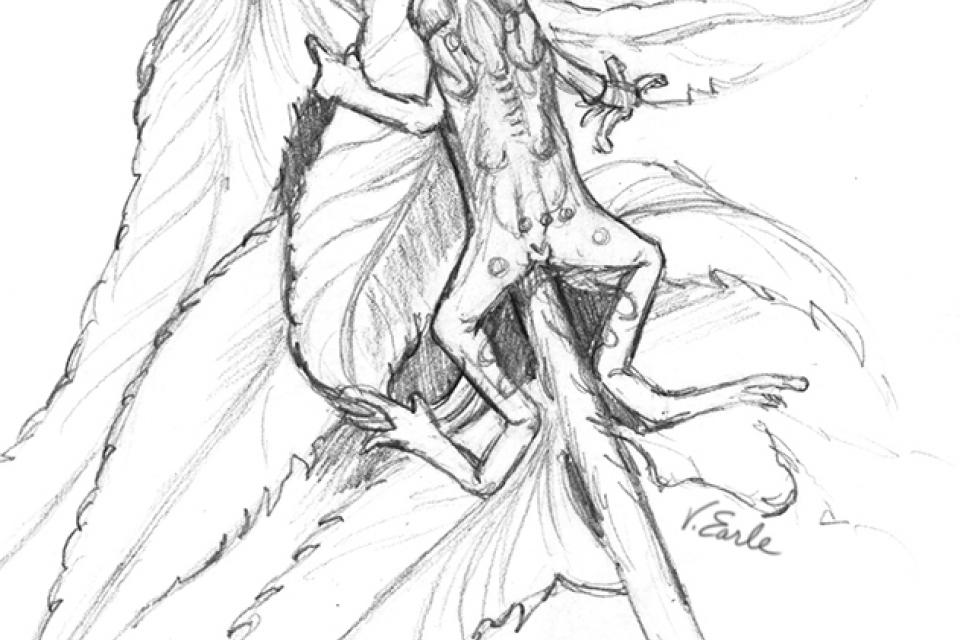