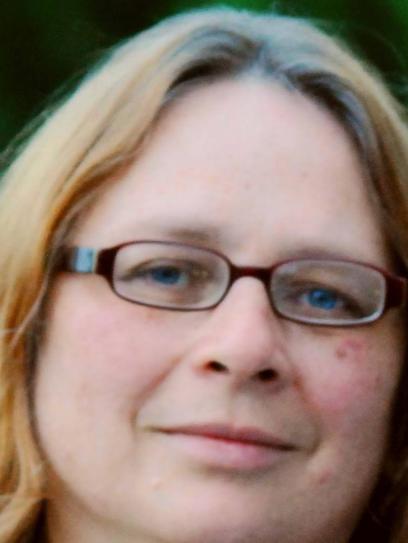 Kelly McNeil graduated from Ontario College of Art in Editorial Illustration 1983, and when OCA became a University went back and got a Bachelor of Design Degree in 2012
She has been a Wildlife Artist for 15 years, and shows her work internationally, as far away as Tasmania, and has Galleries in Fuquay-Varina, North Carolina and Geneva Illinois, as well as The Dragonfly in Southern Ontario. She exhibits in large Wildlife Shows in Jamestown New York, Charleston, South Carolina, and Buckhorn, Ontario. McNeil can be found painting and teaching in her studio at 25 Eastern Avenue  in Brampton, Ontario.
Everywhere Kelly goes she is visiting Zoos, Wildlife Reserves, Wildlife Refuges, or National Parks. “I’m dragging my family around while I sketch the lazy animals, and photograph the active ones”.
To McNeil, a painting has to capture the drama and personality of the subject. She has learned so much about the natural world since studying wildlife. She has discovered an abundance of wildlife she hadn’t ever noticed in her own backyard in Brampton: Deer, Blue Herons, Night Herons, Cardinals, Blue Jays, Red Tailed Hawks and Owls are just some of them.

On her parent’s Cape Breton property she has discovered Bald Eagles, Herons, Deer, Hawks and Owl’s, along with King Fishers, Loons, Seals, Osprey, Bob Cats, Coyotes, and Whales.
McNeil’s current passion is painting animals in water.” I love the abstract quality of reflections, shadows and the pulse of the sea”.
She takes pride in every piece she produces and strives to learn and perfect her technique as she continues to explore the natural world around her.
She has been on the Board of Directors of Beaux-Arts Brampton 13 years and is a past President. Beaux-Arts is an Artist Run Centre that Boasts 3 Galleries, a Workshop for Art Classes, and Studios for 13 artists. Found in the downtown core, Beaux-Arts was the idea of The Brampton Arts Council, and started with support from the City of Brampton and The Brampton Arts Council. 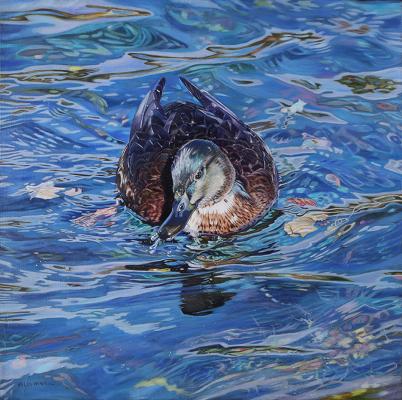