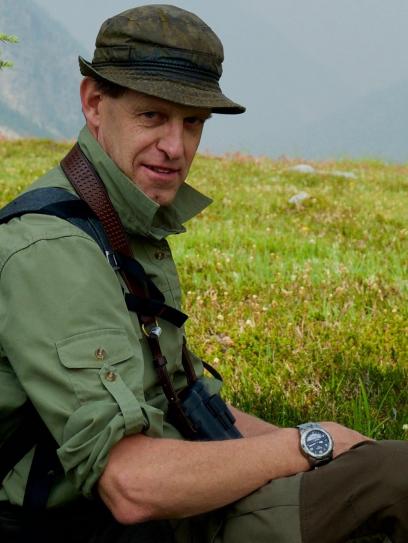 “Observe, Study, and Illustrate Nature to Better Protect Her

Géry van der Kelen, AFC lives the first 25 years of his life in native Belgium, before becoming established in Canada. From his 7th year, accompanied by his paternal grandfather, he learned to identify birds. At 9 years old, his father offers him his first spotting scope. Follows then immediately a passion, ceaselessly renewed, for Ornithology, nature study, and conservation. Member of diverse societies for nature study and conservation, he worked, during many years, as a volunteer at the Belgian Royal Society for the Protection of Birds fighting against illegal poachers and hunters and selling books and educative material to promote bird and nature conservation. He is also a bird bander trainee associated with several Bird Migratory Observatories. He can so study numerous bird species in the greatest details as he has the opportunity to examine them between his hands…

Part of the last generation of the annoyed left-hander pupils at the primary school, this wildlife artist continues to draw and to paint of the left hand. His immense patience characterizes each of his ultra-realistic artworks.

His forest engineer profession urges him to study the behavior and the habitat of the subjects which he represents to the slightest details to protect them better.

Géry van der Kelen’s artwork never wears the mark of a hasty work. His sense of observation, the caresses of the shades and the light wandering in the understory, glorified by numerous layers of successive glazes, as well as the dynamism of the elements of nature, lead his art to the ceaseless research for precision. 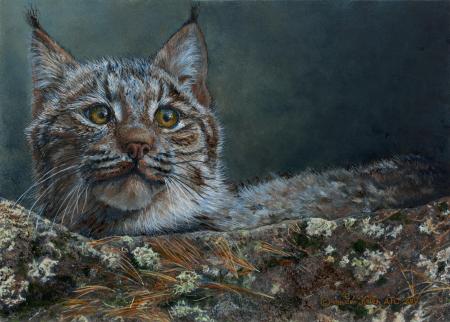