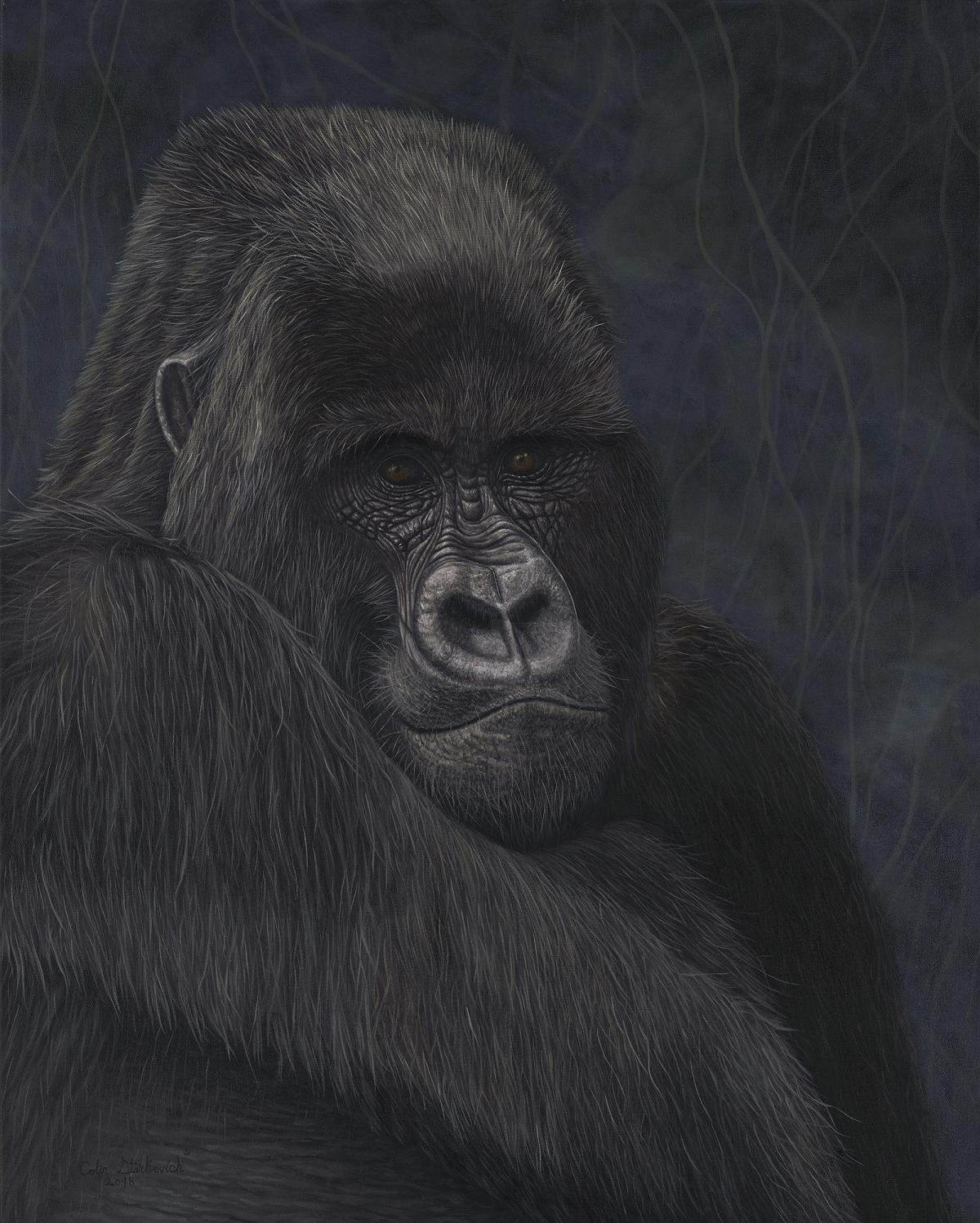 One of the most inspiring conservation stories I have ever become aware of is that of Dian Fossey, who studied the Mountain Gorillas in the Virunga’s of Africa from her 30s up until her death.  Fossey’s self motivation and strength to do something greater with her life that was much more beyond herself has kept the Mountain Gorillas from becoming extinct, even decades after Dian’s passing. Her work has also inspired many people globally to seek out and do what they believe is purposeful to them.

These extremely strong, and beautiful primates have been discovered to be very shy, friendly, and social with extremely strong familial bonds and social constructs that last decades as some of these animals have been known to live will into their 40s, and perhaps much longer. I wanted to portray this black-backed Mountain Gorilla appearing to be strong and somewhat intimidating at first glance, how I am assuming they would look in the wild upon first contact. But once you observe the painting more closely I wanted to show the deep sense of compassion and shyness these creatures carry with them.

I think some of the values these animals, and those of Dian Fossey are important to ourselves to carry with us in our own lives. The importance of family – coming from the Gorillas, and that of perseverance through adversity – coming from Dian Fossey. Even though Dian had support behind her work, she was very much alone in her endeavours when she was living in the forest, combatting poachers, and having many locals opposed to what she was seeking to do. In the end, for Dian, the dangers caught up with her that likely led to her death. But her grit to do her absolute best has saved the Mountain Gorillas to this day.

The message I want to share with the viewer through this painting is that amidst the adversity and challenges we may face in life, to never give up on what you believe in under any circumstances, and to also cherish the people and places that truly mean something to you. 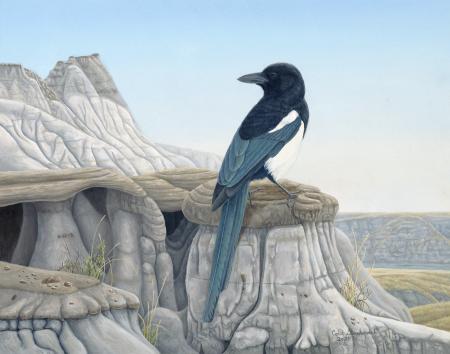