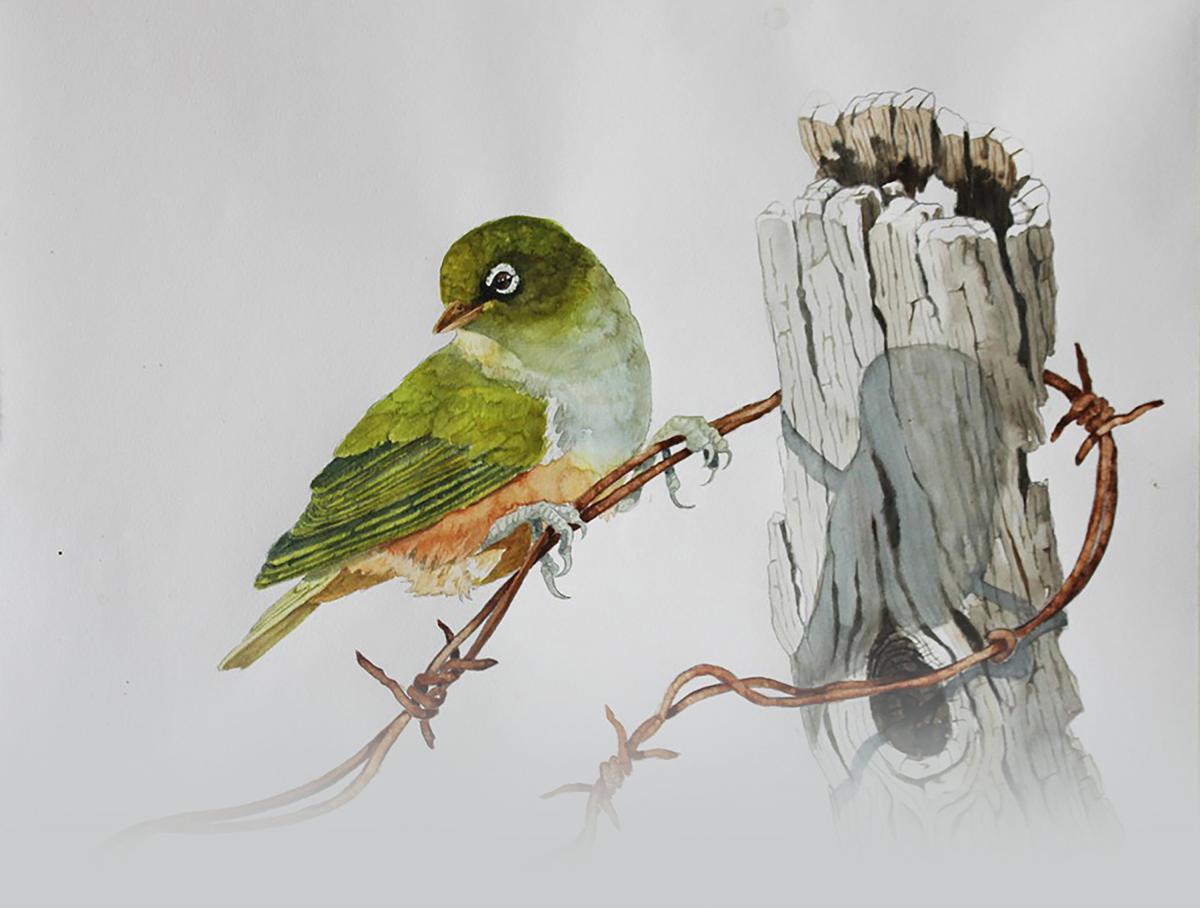 The silvereye or wax-eye (Zosterops lateralis)

In Auckland, New Zealand, where I grew up, in the 1970s, many suburban houses had sections adjoining or close to pockets of native bush, teaming with a plethora of exquisite species, such as fantails, wood pigeons, tuis and silvereyes. Silvereyes are common and typically not shy around people – they will often follow as you trek through the bush, pirouetting and darting around you as they hunt the insects you disturb as you walk. They display a gorgeous soft fading of colors, from grey-green caps and backs, bleeding through pale russet on their flanks to cream on their bellies. And of course, their striking white eye ring adds character.

They will eat berries as well as insects and their antics as they hand upside down foraging in suburban gardens provides endless delight to Kiwis (New Zealanders) the length and breadth of the country.

The first time I painted a watercolor of a pair of silvereyes was in 1979, when I was 14 years old. It was a gift for my English relatives, the Brownes, with whom I had vacationed for several weeks in Wellington, NZ. They had silvereyes in their garden, and as they were about to return to the UK after living in NZ for several years, they wanted a reminder of this adorable avian character to take home with them. I didn’t attempt another silvereye again until 2005, when I painted this one at the age of 40.

I made a pencil sketch first, then used graphite paper to transfer basic outlines to a 20” x 16” piece of 140 lb Strathmore cold pressed paper. It’s not a great paper, and the texture is a bit mechanical but I was basically successful with my limited areas of wet on wet and washes. It held detail well though and I was pleased with the result.