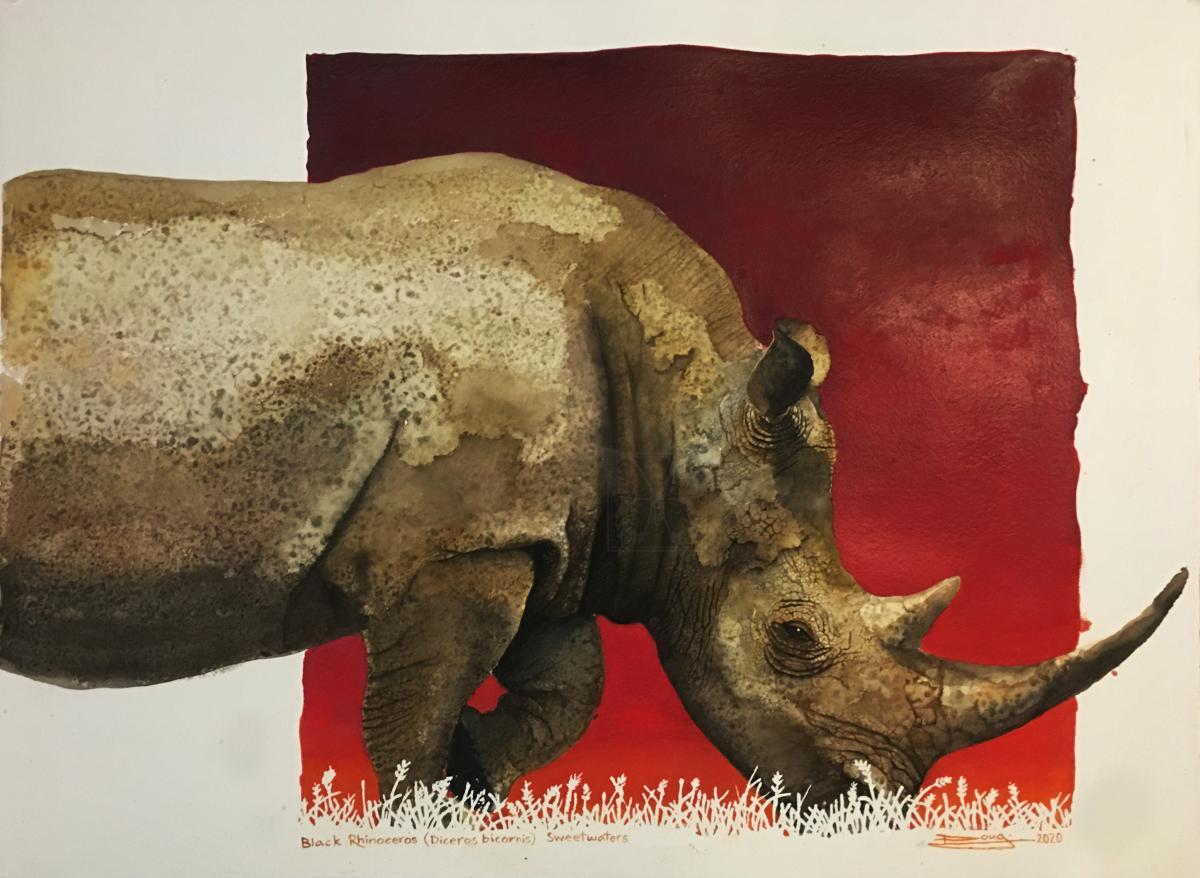 I took the reference photo for this painting on a safari at Sweetwaters, home of the Ol Pejeta Conservancy, who are at the forefront of rhino rescue and conservation.They rescue Black Rhinos from across Africa and actively guard them from incessant attempts by poachers to kill them for their horns.

The consortium is led by Leibniz-IZW and funded by the German Federal Ministry of Education and Research (BMBF with additional smaller donors such as the Czech foundation Nadace ČEZ or the Richard McLellan Rewind Rhino Extinction Foundation from the USA. The consortium comprises internationally renowned institutions from Germany, Italy, Czech Republic, Kenya, Japan and USA.

I started this project on my laptop, by compositing the rhino against a square flat panel of color, then sketching in a detailed outline using my pressure sensitive Intuos graphics tablet. Once I had outlines that I liked I printed them out and taped them down to my large format lightbox. I use the lightbox rather than graphite transfer paper or pencil drawings to leave the watercolor paper free of any outlines.

I then taped over a 30” x 22” piece of Arches Rough 100% cotton watercolor paper. I used Van Gogh and Winsor & Newton paints, applying broad background washes first, which I eventually overpainted with acrylics to get a solid flatter and deeper background panel. I then laid in the base body and head textures using a combination of wet on wet, dry brush and wet on dry washes. I used liberal amounts of sea salt to form the pebbled skin patterns then went back with a series of glazes to build up contrast and shadows, finally using a zero size synthetic sable brush to render the details of the wrinkles, crevices and dried mud patterns.

You can see the stage-by-stage progress in my section: http://lockyerart.com/?p=1511

I am donating 50% of the proceeds from an upcoming fundraising auction towards the Ol Pejeta Conservancy for their rhino programs. 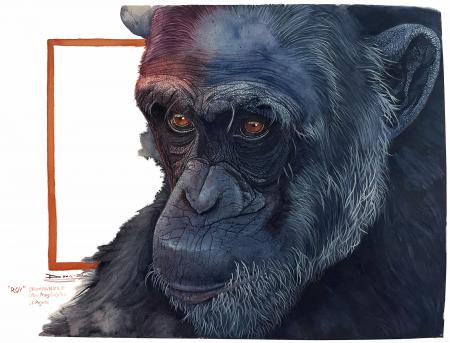 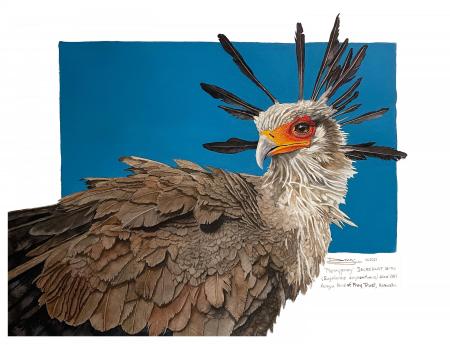