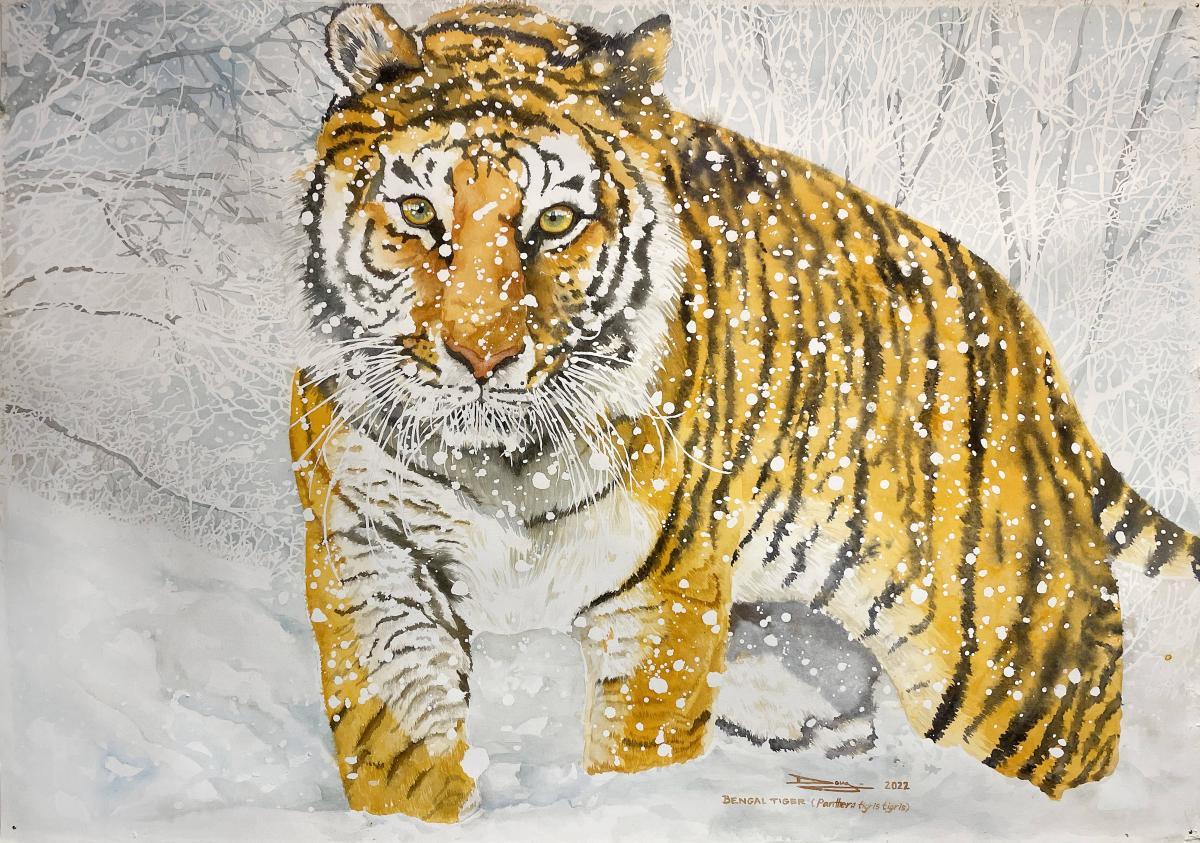 Nepal conducted a national tiger survey between November 2017 and April 2018 and recorded a leap from 121 tigers in 2009 to 235 in 2018. The Tx2 programme aims to double the world’s tiger population by 2022, the year of the tiger in the Chinese calendar, and Nepal seems set to achieve this target before the deadline. Bengal tigers are listed as protected species in Nepal’s National Parks and Wildlife Conservation Act, 1973. Historically, tiger numbers dwindled in Nepal because of sport hunting and poaching. Nepal’s effort to strengthen their conservation dates to 1970s when Chitwan National Park was established. Since then, putting strong anti-poaching measures in the protected areas, managing their habitats and compensating human loss have seen the recovery in their numbers.

I used photos of a male bengal tiger taken at Chitwan National Park, one of Nepal’s most well-known and visited nature preserves. I decied to set the tiger in a snowy landscape, typical of the forests of Chitwan in winter, seen through a haze of falling snow. The branches and twigs on the background, and each snowflake, were masked using Holbein liquid frisket. The paper, Hahnemühle Watercolor Collection 140lb (oversized, at 38” x 30”) was chosen for its excellent frisket handling properties, the compromise being that it is almost impossible to reactivate and blend dry paint and the paper does not lift at all. So my wet-on-wet technique has to be executed quite a bit more quickly than my preferred pace, and once laid down each brushstroke was indelibly stained. The background involved more work and took much longer than the tiger itself, but play san integral part, I think, in setting the mood as the intense staring big cat stalks toward to viewer in a snow storm.