Kissed by the Sun 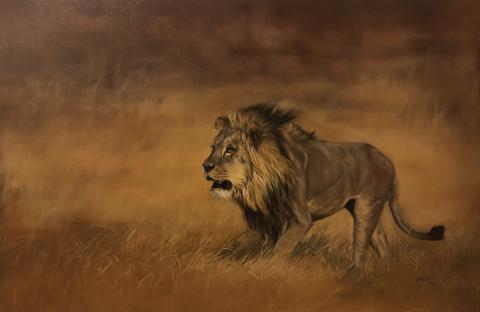 “Kissed by the Sun”, the second painting in my collection "Stop the War on Wildlife" is finished and available. For the thousands of captive-bred African lions, their life of suffering begins shortly after birth. Before becoming a trophy, lions are bred and raised on breeding farms where cubs are removed from their mothers and used as photo props for tourists, or raised by volunteers who mistakenly believe they are contributing to the conservation of lions in the wild. The cubs are frequently ill due to stress brought on by constant contact with humans, poor nutrition, and terrible living conditions.

Being raised by hand, the lions hardly demonstrate any shyness or fear of humans, making them easier to shoot. After four to seven years, the lions reach the desired trophy age. The most extreme form of trophy hunting is known as 'canned hunting'. Most of the victims are lions. They are directly served up to their hunters: the animals are held in fenced areas and simply shot.