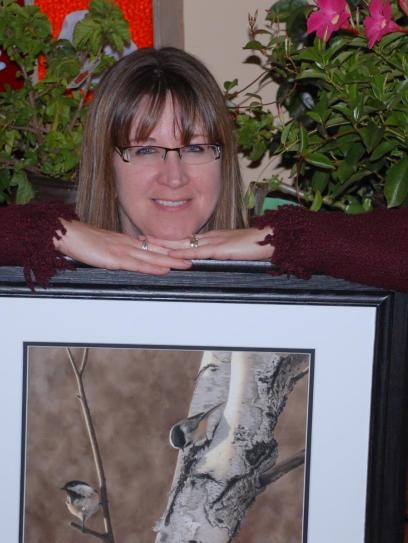 Frequently described as having the eyes of a scientist and a heart of an artist, Colette's background in Biology coupled with her deep love for the natural world has helped shape the person she is today. Growing up surrounded by the pristine wilderness of Northern Ontario, Colette’s love of art and nature began early in life. Drawn by the beauty and mystery of nature, coupled with her insatiable desire to draw led Colette to pursue a science degree from Laurentian University, while she continued to paint and draw part-time.

A naturalist and conservationist, Colette has assisted "Project Peregrine Sudbury" which aimed at re-introducing the endangered falcon to the Sudbury basin area and help establish a local breeding population. She has also been involved in numerous research studies which examined the effects of human activity and local mining operations on the environment by comparing heavy metal contamination of sediments in local lakes and how damaged lake ecosystems affect aquatic invertebrate populations and diversity.

In 2004, Colette realized she wanted to pursue her lifelong dream and art became her primary profession when she launched her website www.colettetheriault.com. Through her website, Colette has artwork commissioned from clients across the United States and Canada with her most recent project involving the US Pentagon (K-9 Detection Division) in Arlington, VA. The artist is also proficient in the art of illustrations and has drawn over 300 anatomical depictions which were published in a university/college level textbook.

Colette captures the essence of her subjects using soft pastels on archival suede and velour or sandpaper. She often finds herself experimenting with colored pencil on drafting film but also enjoys the more traditional mediums of graphite pencils and watercolor. It takes Colette countless hours to create her finely detailed works of mainly pets and wildlife in a photo-realistic style. A perfectionist by nature, she studies her subjects and then meticulously draws or paints them with utmost attention to detail, down to individual hairs and strands of grass.

"When I chose to paint a particular subject, I always conduct research, not only to study in detail the physical appearance of the creature, but also to learn more about how and where it lives, it's behaviour, it's importance within an ecological niche and any important scientific discovery or facts surrounding it. Knowing my subject "inside-out" so-to-speak allows me to depict it as accurately as possible while capturing animals doing whatever it is that they do. It also presents an opportunity for me to share, through art and discussion, this knowledge with the viewer in the hopes of raising awareness and further educating the public, young and old, for the need for conservation."

For several years, Colette has been showing her work publicly through the SAC’s biannual art shows as well as numerous solo and group shows. Her work has also been accepted in various juried art exhibitions such as La Cloche and NOAA, with several paintings earning awards. Due to numerous requests from fellow artists, Colette occasionally devotes time teaching workshops to individuals and local/regional art clubs demonstrating the pastel and graphite techniques she uses to create her finely detailed portraits.

"I believe that being a member of AFC not only allows me to share my love of the natural world's most precious wonders on a more global scale and allow me to connect with like-minded artists, but more importantly, it acts as an influential platform to further promote conservation and education. I am honored to be part of an organization that underlines the importance of preservation as well as the dangers of species extinction through art. Like so many, I am deeply concerned and troubled by the challenges that face the natural world as the earth's environment constantly changes. It is my greatest hope that my work will help contribute to the cause of conservation."

Well known for her captivating pet portraits, Colette Theriault's work is found in private and corporate collections around the globe. The fluency with which Theriault renders her endearing animal portraits is the culmination of a lifetime of study and a fascination with all things animal and their...
Read more... 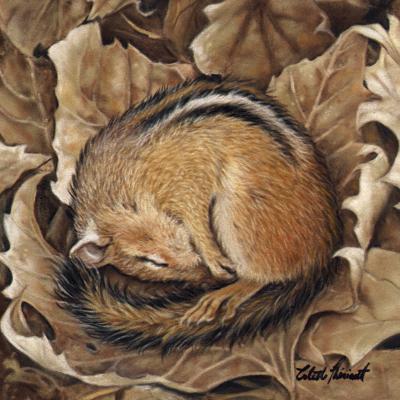