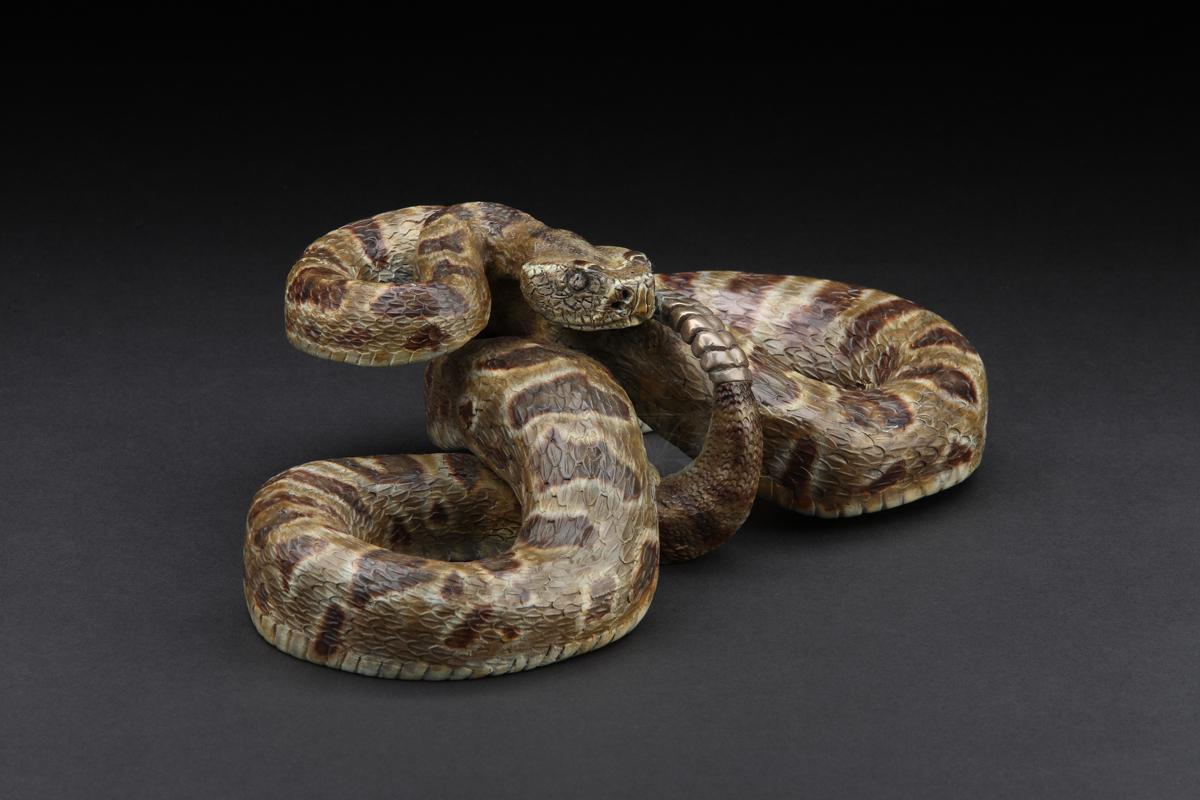 Rattlesnakes are truly fascinating creatures.  Most recently evolved of the world’s snakes, they come only from the western hemisphere (mainly North America).  While designing this piece, I remembered a past mentor telling me, “Anything you can draw, a snake can do.”  Direct observation continues to prove this true.

Original medium was tupelo, then produced as a commissioned bronze for The Wildlife Experience Museum, Parker (Denver), Colorado (now UC Denver South). Despite their extensive bronze collection, I was, at the time, the only artist ever commissioned to do sculpture specifically for them. Placed on their outdoor Sculpture Walk, I was honored to have been chosen to create this sculpture.
2nd casting of edition was purchased by Na 'Āina Kai Sculpture/Botanical Gardens, Kauai, Hawaii, as part of their Native American Navajo Village, and placed on red-rock escarpment.  (This was their first purchase of my work.  Commissioned sculptures containing 12 individuals of 7 different species later followed!)