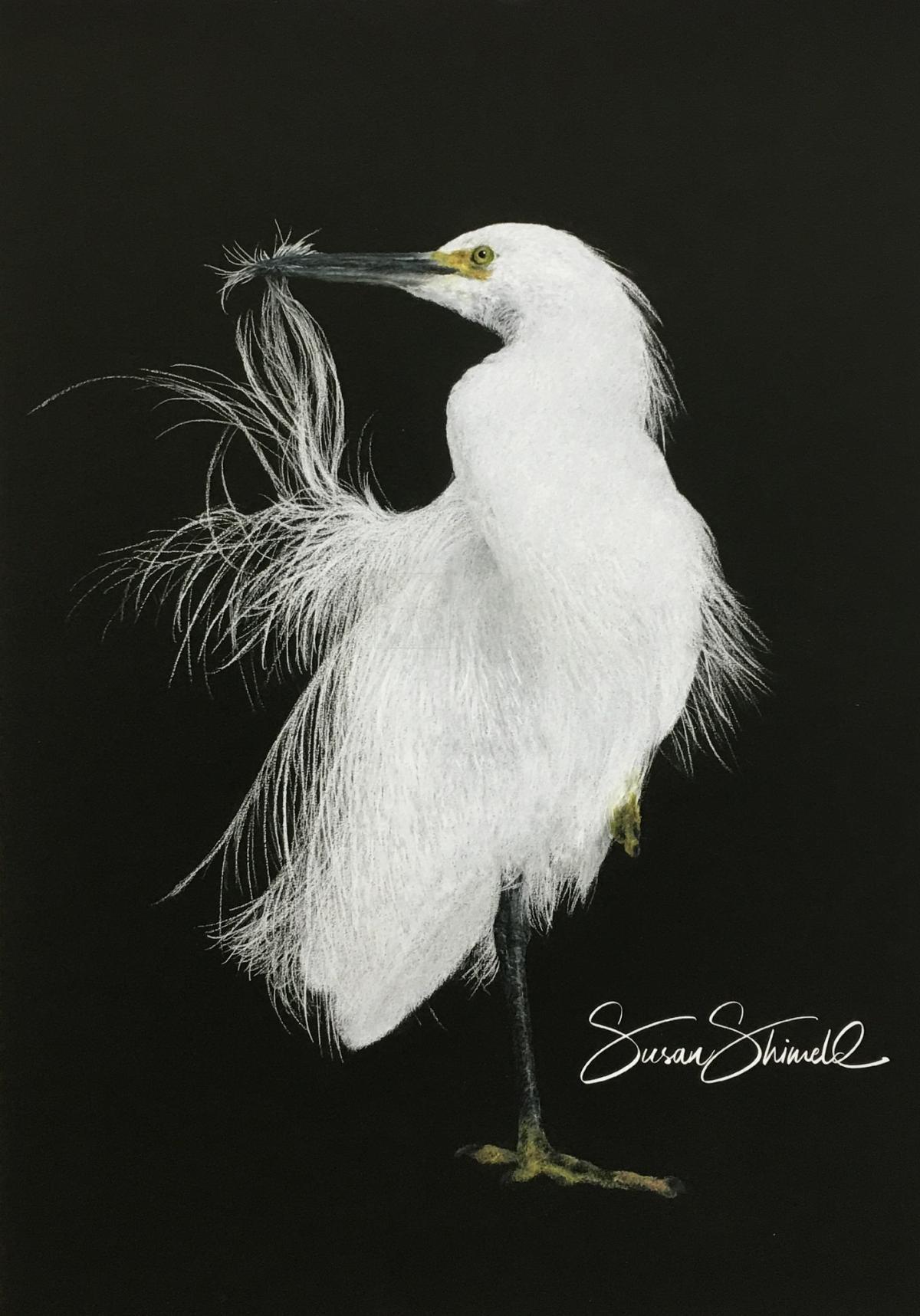 After thoroughly enjoying portraying 'Grace', my first artwork portrayed on a  black background, I wished to follow a similar theme with my next painting.  The contrast between the soft white pastel and dark black background was both a challenge and a great experience.

Having always wished to portray an Egret, I was delighted to be given the opportunity to represent this beautiful bird and my Snowy Egret was portrayed, using as reference, a photograph kindly provided by E. Harrison.

During the breeding season, this stunning white bird displays long white-feathered plumes on its crown, neck, and back.  Sadly, it was for these plumes that the Snowy Egret almost became extinct during the early 19th Century.  During this period it became the height of fashion to adorn hats with ornamental feathers and, as the birds congregate during the breeding season; they were an easy target for hunters supplying the millinery trade. Thankfully due to legislation and protection, the bird population was able to recover, though sadly, numbers are now of concern due to habitat destruction.

Snowy Egrets can be found on mudflats, marshes, and rocky shores, as well as in fresh and saltwater habitats along the Atlantic and Pacific coastlines. These areas are critical to nesting colonies as the birds nest in the trees and feed on the fish and reptiles as they wade through the water. The systematic draining and destruction of wetlands are cause for concern as, elsewhere in the world, wading birds are vulnerable to environmental threats, and in certain areas Snowy Egrets are now considered of Special Concern status.