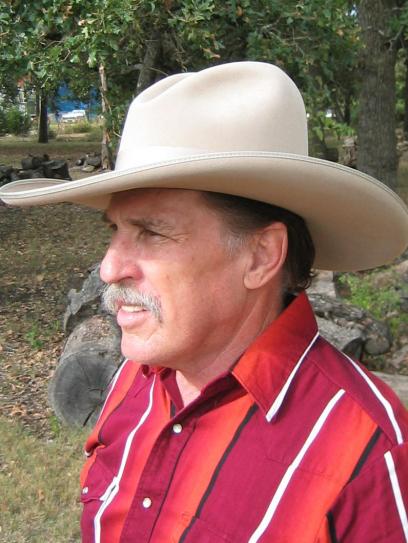 Bill Scheidt began his artistic career as a painter in 1987, and took up full time easel painting in 1996.   Largely self-taught, he has studied at the Scottsdale Artists School, as well as, Roy Andersen, Joe Beeler, Jim Norton, R. S. Riddick and Bruce Greene in Cowboy Artists of America workshops.   His preferred medium is oil on canvas, and his subject matter includes North American wildlife, the Native American and the life of the cowboy.

Scheidt’s work has appeared in national magazines and he has contributed many works to chartitable organizations.  Some of his Native American images have been used nationwide as a fund raising effort for the non-profit organization,  “Running Strong for American Indian Youth”.  He has also placed in the top five of the Wyoming Conservation Stamp Competition in 2011 and 2005, his favorite art competition.

In addition,  Bill passes on his knowledge by teaching oil painting classes at his studio in Boerne, Texas.  He has also worked in concert with another artist on monument-sized sculptures and other commissions.  A number of his paintings are available in limited edition giclee’ prints on canvas.

I am in full support of the conservation efforts of the Cibolo Nature Center in Boerne, Texas. I propose to donate a portion of sales of certain artworks to their cause. I have made donations directly to them of 4 paintings for their fund raising efforts. I have also done plein aire demonstrations during their annual Kids in Art event each May.