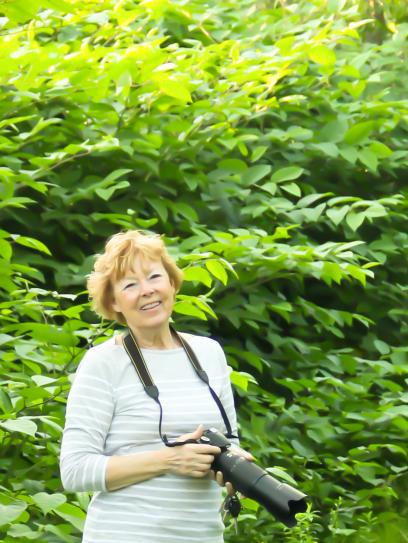 Johanna Lerwick's endring passion for animals and nature began as a child while living on her family's farm in Upstate New York. After living in Guam and other states in the US, Johanna returned to upstate New York where she currently resides. She was captivated by domestic and wildlife ever since she could remember, and her interest in animals and nature has inspired her to travel throughout the United States, Africa, the Amazon, Guam, Mexico and Tahiti to photograph animals in their natural surroundings.

When Johanna stated painting, intially she painted landscapes and seascapes. She transitioned to painting wildlife when she remembered the encouraging words of her mother who suggested that she would enjoy painting wildlife more, and in 1994 she completed her first wildlife painting. Her choice of medium is oil paint because she loves the creamy smooth texture of oil paint and the ease that colors blend together.

Johanna's painting style is Realism and it was through independent study that she has learned techniques for rendering fur, feathers and other anatomical features of a variety of birds and wildlife. To ensure authenticity of her subjects she studies each animal in their natural habitat and paints them within their specific environment. The most important aspects of her paintings that she wants to convey are; direction, mood and sensory communion with nature. When you experience Johanna's wildlife paintings, in the majority of her artwork your eyes are directed to the eyes of her animal subjects whose focus seem to rest beyond the canvas and you are left to wonder, "What has that animals attention?" She establishes mood in her compositions through color, and the manipulation light and shadow. Johanna paints using a multiple layer technique to build the density of the animal's fur and very fine brush strokes to create bird's feathers, and animal whiskers, her painstaking detailed renderings gives the viewer the sensation of being able to reach out and touch the fur of the animal, or feel the wetness of it's coat as it swims or hunts in a river.

Johanna's enthusiasm and love for wildlife is expressed in her paintings and in her words, "With every painting I strive to capture the beauty of each animal/bird and hope to convey why these amazing creatures deserve to continue sharing this world with us. Each of us has the ability to make a difference - mine is through my art."

As a full time Artist, Johanna is living her dream career and her passion for wildlife extends beyond painting, as she also donates proceeds from some of her work toward animal conservation and wildlife educational programs. 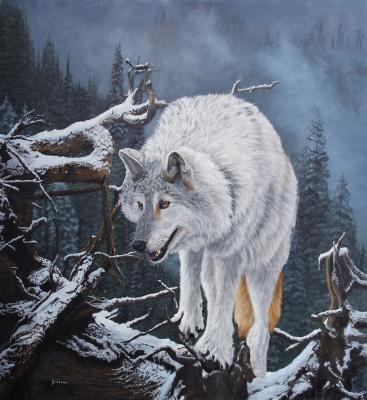