Days of the Dead 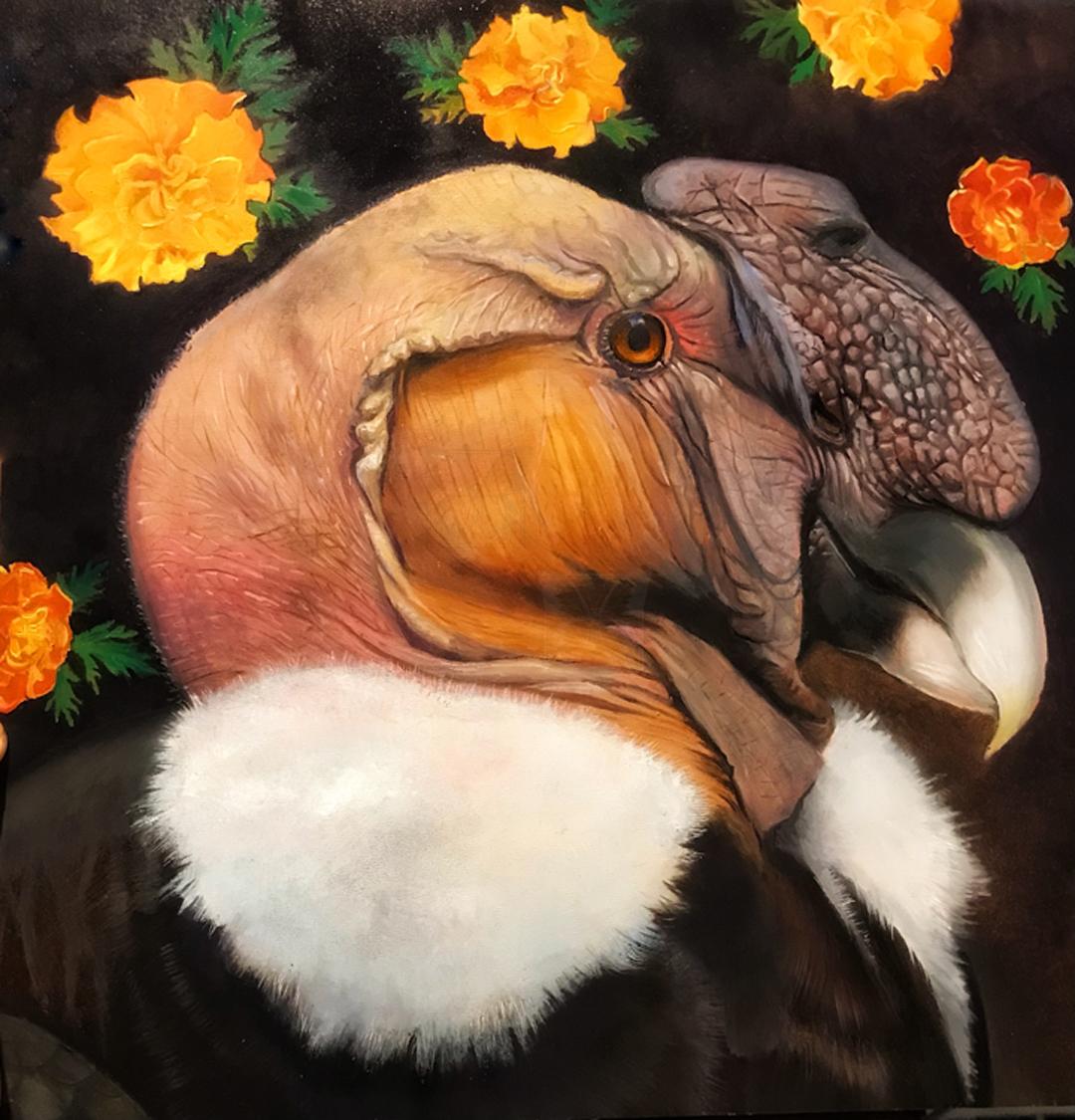 Another day, another endangered animal.  Condors are in trouble, even their incan divinity and use as a national symbol in 5 South American countries hasn’t been enough to slow the decline. These birds are long lived and super slow at reproducing.  They don’t even start with families until at least 5 years and then they only raise one chick every other year.  They spend a great deal of time with their kid, teaching it the ropes of condor life.

Condors are vultures, meaning they feed off dead animals. I call them nature’s sanitation workers because they’re credited for cleaning the fields and stopping the spread of diseases from sick animals. Males have fleshy appendanges (which are combs) on their beaks, and they all sport bald heads, more sanitary than feathers when feeding inside a carcass. These beautiful baldies make use of the sun’s UV rays after feeding to further sterilize their skin.

They are huge, have a 12 foot wingspan and weigh up to 33 pounds, but they don’t like to waist a lot of energy flapping, they like to fly on the thermals, choosing instead to soar for hours in search of a meal using their sharp eyesight to spot carrion. They can range for hundreds of miles, without a single flap.

Marigolds are the birth flower of October, and here we are, in the midst of fall. Orange seems to be such a powerful sun color, open and warm.   Like the condor, marigolds are symbols of the sun and rebirth. The flowers are used in day of the dead ceremonies to remember the deceased. In these days of lengthening shadows coupled with fragility of our planet, it’s curcial to see that life and death go together, hand in hand, a brilliant sunrise and sunset.  In between there’s plenty of eating and being eaten. 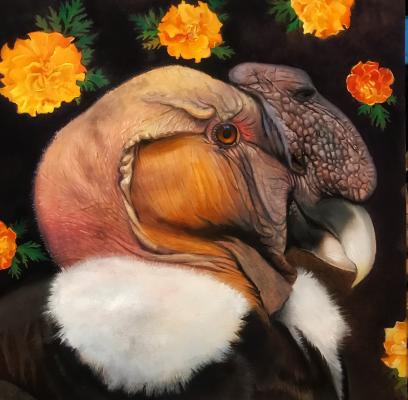