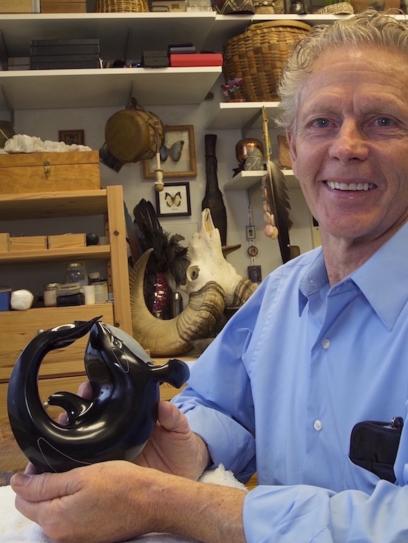 In the year 1942, Tony Mayo was born in the small picturesque community of Owatonna in Southern Minnesota. Tony spent his childhood in the American Midwest moving with his family to Minneapolis, Minnesota and then on to Stevens Point, Wisconsin, Grand Rapids, Michigan and back to Stevens Point before returning to Minnesota where he attended Edina High School and the University of Minnesota. Tony earned a Bachelor of Science and a Master of Arts from St. Cloud University, and a Master of Fine Arts Degree from The University of Minnesota.

Tony’s earliest fond recollections include making miniature cars and houses out of mud from his parent’s garden, and sitting at the dining room table receiving memorable drawing lessons in graphite pencil from his talented Grandmother Harrington. Tony has had a passion for creating art ever since.

In 1974 Mr. Mayo immigrated to Canada settling first in the Northwest Territories where he traveled much of Canada’s Arctic and helped establish an Inuit Art Co-op. Tony Mayo now resides in beautiful Abbotsford, British Columbia located in the Fraser Valley. His studio overlooks the Fraser River and is surrounded by stunning snowcapped mountains.

One of Tony’s interests is studying endangered ethnic groups, an interest that has prompted him to travel the remote regions of 96 countries around the globe. Tony’s art often demonstrates his fascination with world cultures and frequently incorporates rare and unusual materials obtained during exotic travels.

You may view more of Mr. Mayo’s artwork on his website at: tonymayoart.com

Since 1972, I have traveled to 96 countries around the globe studying and researching endangered human cultures. To that end, I have collected numerous photographs, slides, tape recordings, videos, notes, diagrams and artifacts. Consequently, in 2014, I was elected a member of The Explorers Club with its world headquarters in New York City. The Explorers Club has a very strong conservation mandate.

In many of the communities I visited, I convinced tribal leaders of the importance of preserving their traditions and artifacts. Often important artifacts were leaving their communities and I encouraged them to establish locally maintained collections.

In some instances, the indigenous communities I visited were in discussions regarding the sale or lease of their traditional land. When asked, I have pointed out the dangers to their culture, environment, heritage, land, people and future.

I have often been asked to speak to various organizations about endangered ethnic groups. During these talks, I discuss the struggles those groups have as they try to preserve the traditions, land, way of life, and the environments in which they live. During my talks, I often address related environmental damage that is occurring and how it affects various species, environments and cultures.

Many of my former students have become successful in a wide range of fields and they took with them an appreciation for the preservation of earth and its diverse habitats and species. Also, many are successful artists and their art often expresses an interest in preserving our earth and its wildlife. A few are successful wildlife artists.

Much of my own artwork is also related to endangered species and endangered environments. My desire is to draw people to the complexity and beauty of the endangered animals and environments depicted in my art. My hope is that my work will create in viewers, a longing to play their role in helping to protect and preserve our precious planet and all living things for future generations.

Awarded “Best of Show, Sculpture” at the 2018 Artists for Conservation International Wildlife Exhibition 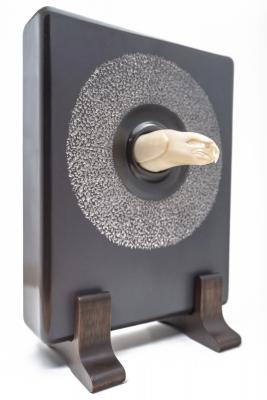