Depictions From Nature's Past & Present

"    Portraiture and Painting the human figure have always been of great interest to me as an artist. But my other passion is for natural history. I am particularly interested in the relationship between humans and nature in a historical context. My work often combines figurative, landscape and wild, native creatures within a single painting. Each tells a compelling story about humanity's relationship with nature through the centuries. My work is carefully researched and based on historical fact. I believe in the old adage " A picture is worth a thousand words." My goal as an artist is to create visuallly beautiful images that stand on their own as works of art yet impart to the viewer a true story from the natural history of the Eastern United States

THE PAST: Today it is hard to imagine that the eastern half of the United States was once a patchwork of massive old growth forests, prairies, canelands, pristine rivers and a rich diversity of flora and fauna. As a child growing up in the Ohio Valley my lively imagination carried me back to that time. The tall buildings of the city were transformed into immense forests that towered over me. I could also see in my mind the elk, mountain lions, buffalo and bear that once roamed free on this great land. As Caleb Atwater wrote in his book, A History of Ohio, " The prairies were intermingled with flowering shrubs, tall grasses and a profusion of wildflowers of every shade and color. All was silent and still except for the bees and singing birds of every variety."
This is what the first European settlers saw as they traveled west through the Appalachian Mountains and beyond. But a little known fact is that this vast wilderness was not a wilderness at all. The Native Americans had been altering their environment since sometime in the first millennium AD. They did this to create more sources of food for themselves. Two examples are the way they planted more fruit and nut-bearing trees. The American Chestnut, for example, was one of their favorites. By the 18th century as many as one out of every four trees between southeastern Canada and Georgia was a Chestnut. This is partly a result, it would seem, from indian burning and planting. They also burned areas of forests to create prairies. This made game easier to hunt and the creatures attracted to these open, sunny areas provided new sources of nutritious food. The Indians believed that the land was a treasure in trust, given to them to use wisely and well so that it could be passed down to future generations.

THE PRESENT: When I create images from the present state of nature I am hopeful. There seems to be a growing awareness that we must now live sustainably with nature. It seems to me that, when it comes to nature, the American Indians were ahead of their time. How different the world would be if we had learned some of their ways.

THE FUTURE: I hope you enjoy my work depicting nature's past and present. I remain hopeful for our future. I also hope you will appreciate, as I do, the great natural treasures that are now in OUR trust. 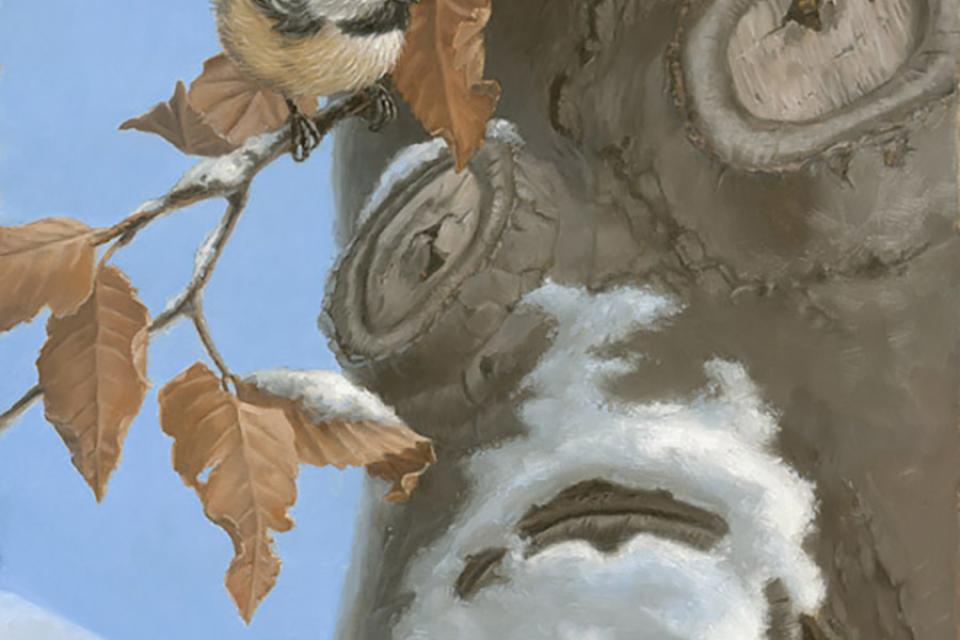 Oh, The Stories He Could Tell! 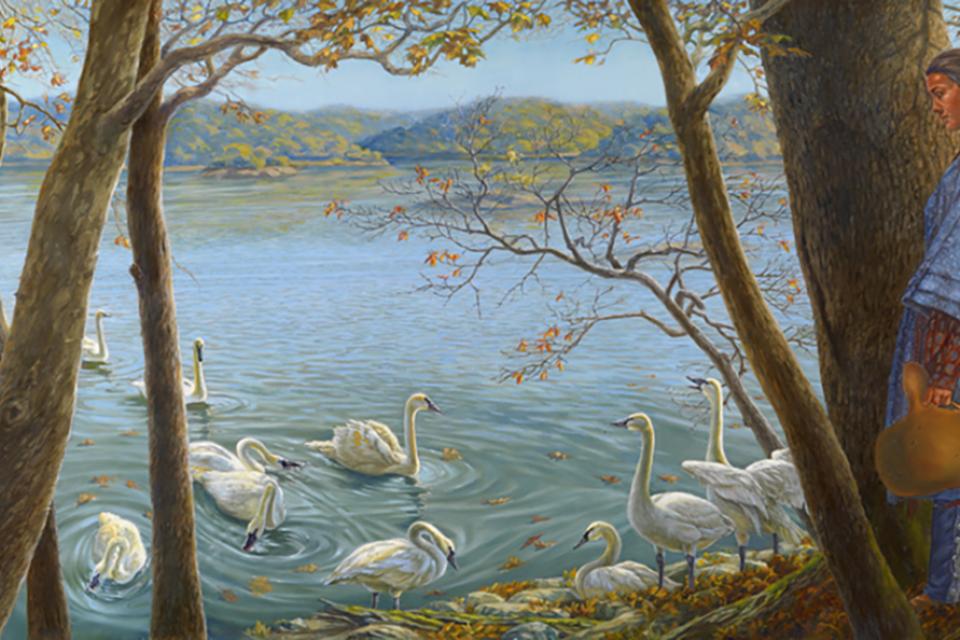 All are Drawn to the River 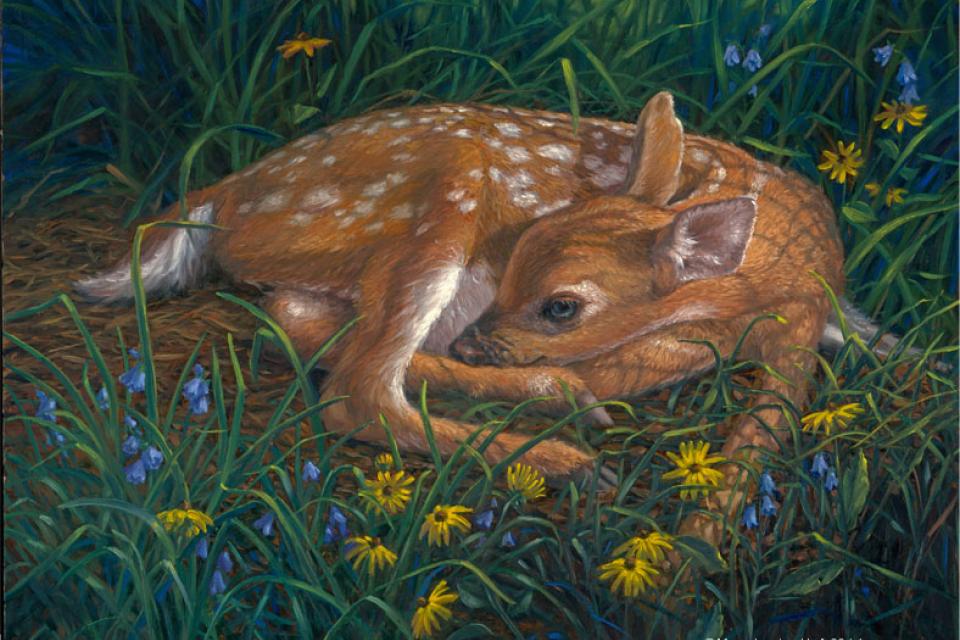 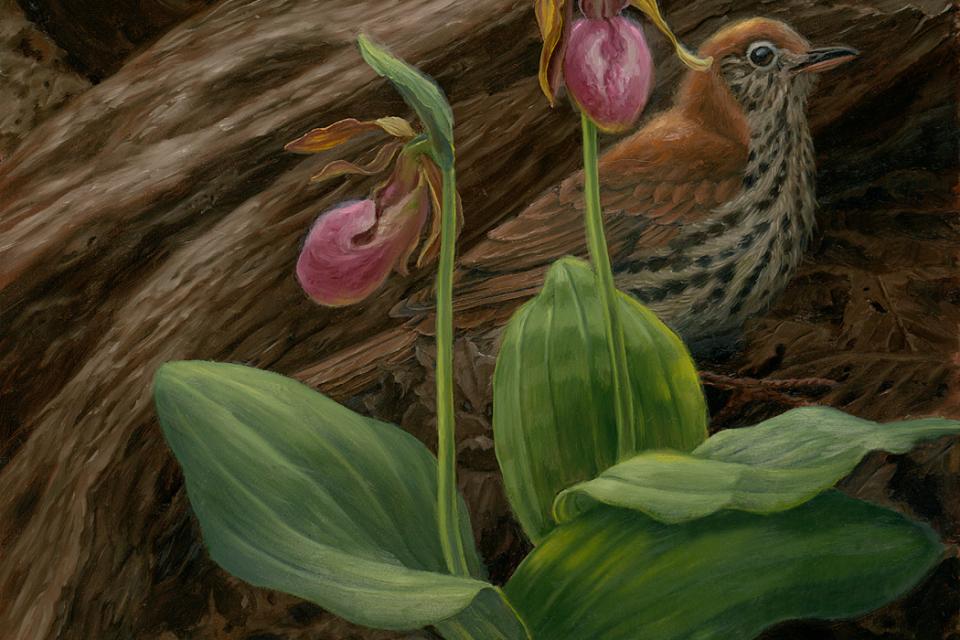 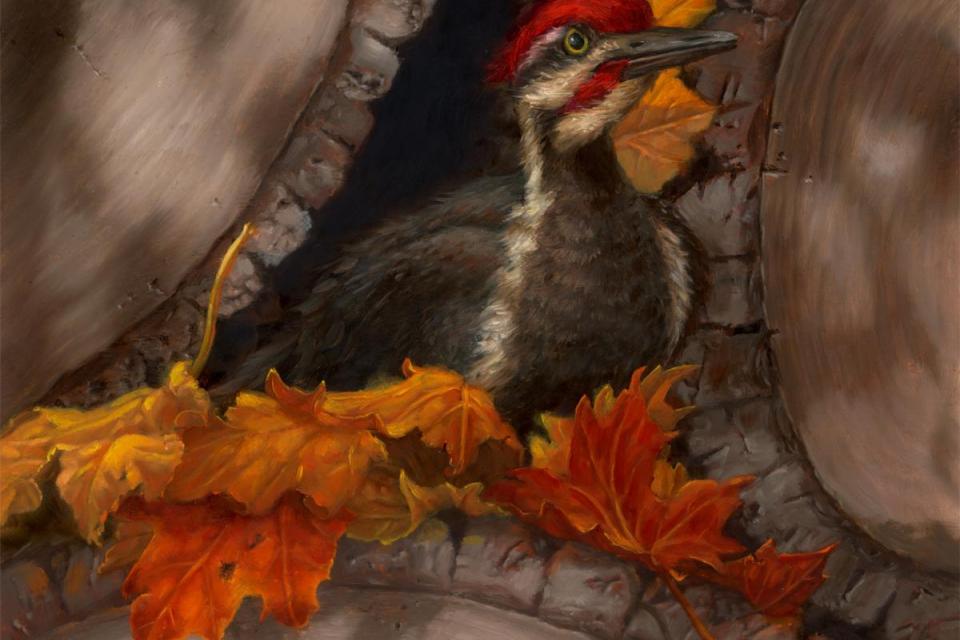 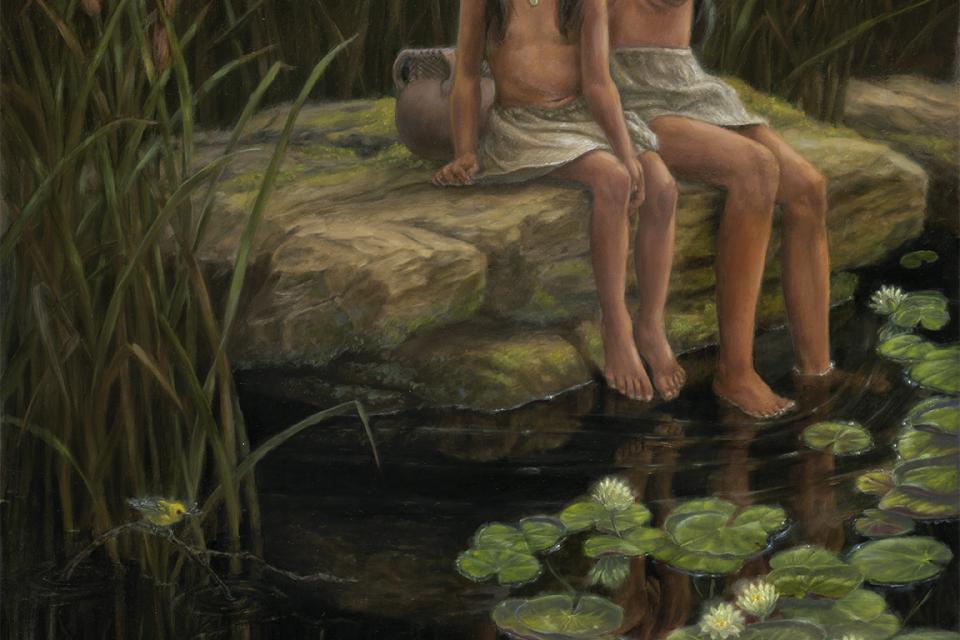