Nature painter opens ‘Art of the Wild’ gallery in her home

Laurie Riley does detail work on an illustration of a tiger's paws, in the art studio upstairs from the “Art of the Wild” gallery on the ground floor of her home.LEADER PHOTO BY KIRK BOXLEITNER


The local community is known for its abundance of both artists and art galleries, but Laurie Riley has made her art such a personal part of her life that she and her husband converted part of their home into a gallery. Riley’s “Art of the Wild” gallery is typically only open by appointment or on special occasions she calls "open house".

Riley credits her training, which included tutoring in her teens by a nature artist from the Wedgwood Company of England, with impressing upon her the importance of detail in achieving verisimilitude. Riley excelled enough in the field to land her first one-person gallery show at the age of 16, as well as a scholarship to study art and music at Marlboro College, Vermont.

Walk through the front door of Riley’s stately Port Townsend home, and you’ll immediately see her  paintings, complemented by the bronze sculptures of Colorado-based artist Rosetta. Riley connected with Rosetta through Artists for Conservation, of which they’re both signature members. According to Riley, such a status requires one to demonstrate not only “a certain level of skill” in wildlife art, but also to donate portions of their proceeds to conservation-centric causes. The recipients of Riley’s largesse have been the Wild Animal Sanctuary in Colorado, the Sarvey Wildlife Care Center in Arlington, WA and Center Valley Animal Rescue in Quilcene, WA.

“I’ve always been passionate about animals,” Riley said. “There’s an honesty in them. You always know, by their actions, what’s on their minds. Even those animals which some might consider scary are simply doing what it takes to live. They deserve our compassion.” Riley lamented the loss of many animals’ natural habitat, noting the near-extinction levels of species such as tigers, and expressed the hope that her art might help spur people to take action. “Animals deserve to live well, not just whatever limited lives we might choose for them,” Riley said. “I want to show what’s in an animal’s soul, what they’re thinking and feeling. If I’ve done it right, the people who come here should take away a new sense of the value of life.”

For an appointment, email Laurie Riley at:   laurie@laurieriley.com.

Nature painter opens ‘Art of the Wild’ gallery in her home Private gallery holds open house after First Saturday Art Walk Laurie Riley does detail work on an illustration of a tiger's paws, in the art studio upstairs from the “Art of the Wild” gallery on the ground floor of her home.LEADER PHOTO BY...
Read more... 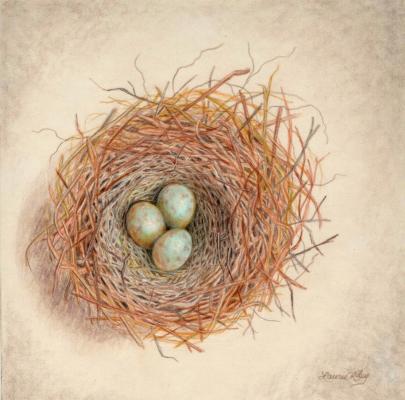