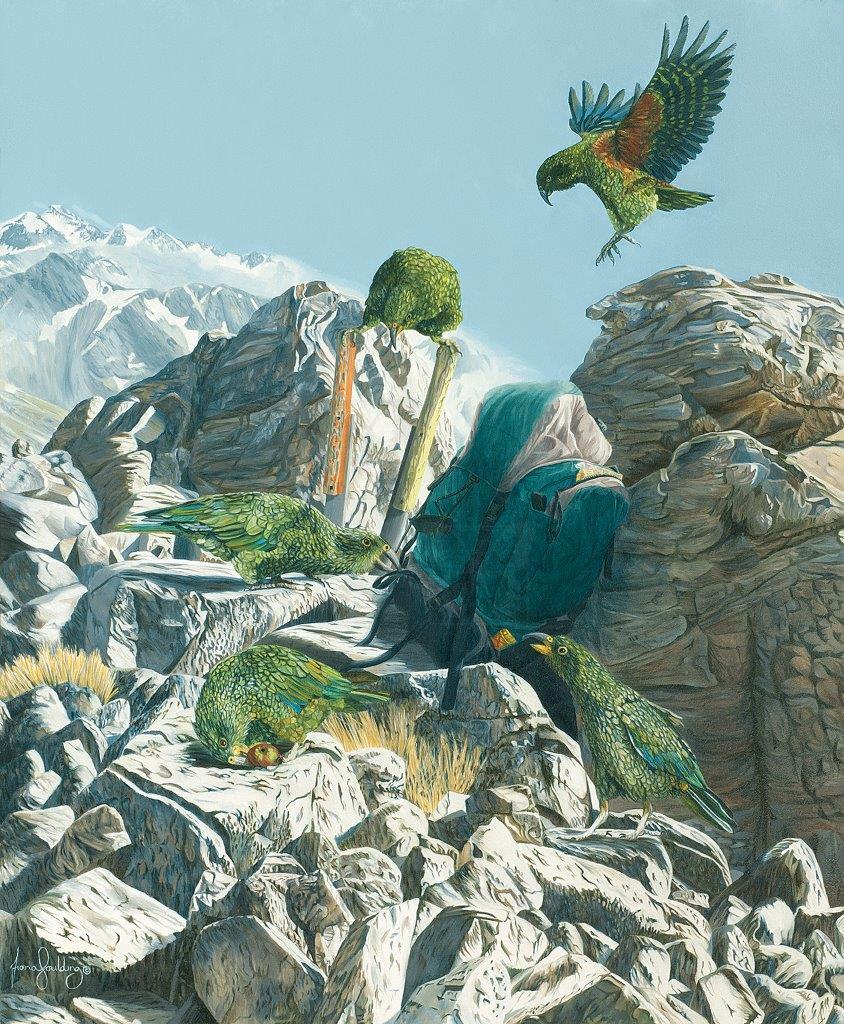 This painting highlights the New Zealand Kea which are found in alpine environments in the South Island, particularly in Arthur's Pass. Mischievous and with an insatiable curiosity for food, shoelaces, car aerials, tyres and windscreen wipers, the kea can be both entertaining and a nuisance!  Despite their behaviour and apparent number the kea is declining and is classified as nationally endangered. Their behaviour, and our part in it, is one factor in their decline.

Feeding kea for example, whether intentionally or not, is detrimental to them. It stops kea looking for their own natural food sources so they develop a reliance on human food which isn't good for them: chocolate is actually poisonous. However, human development in the alpine region has reduced the sources of natural food available to kea and they find our fat-laden food inviting. In addition to this, kea can die from ingesting lead found in roof flashings, nails and vehicle tyre weights.

Other factors in the kea's decline are introduced predators, particularly stoats and possums; accidents with humans and human objects (such as motor vehicles); humans intentionally killing them and, ironically, poisoning from the controversial chemical 1080 which is used to eradicate their predators.

Fiona's painting shows a flock of kea, known as a Circus, happily exploring the contents of a walker's backpack; an entertaining, yet potentially detrimental sight for the kea, as well as the walker's lunch!