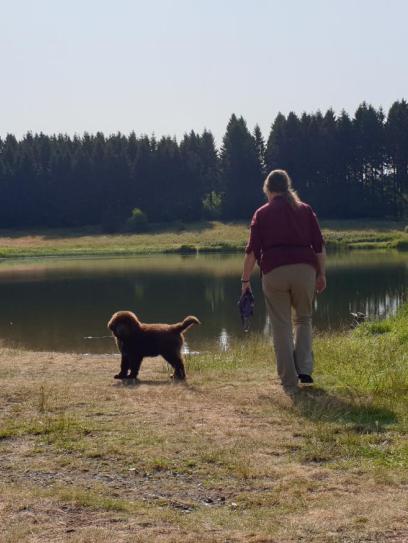 With her friends Carsten and Brigitte Brauckmann she uses paleontological congresses, excursions and expeditions for studying the fauna and flora of the visited regions. Together they are fond of the continents of the southern hemisphere, in particular South America, Africa and Australia, because these three continents were parts of a former super-continent named "Gondwana" in the history of our planet. Many of Elke's pictures therefore show species from this region of the world. Carsten, Brigitte and Elke jointly visited Western Australia and large parts of eastern Australia, Brazil, Argentina, South Africa, Namibia, the Dominican Republic and many European countries. In the meantime, Elke has participated in numerous exhibitions in Germany, and published many of her pictures in popular and scientific journals and books. Last year she finished her own book "Grönings picture cabinet" with a selection of 127 pictures of animals.

Elke supports the following organizations: 1. "Foundation Pro Biodiversity = Stiftung Pro Artenvielfalt". 2. "Vogelschutz-Komitee e. V." in Germany. 3. "World Wildlife Fund For Nature = WWF". She is a sustaining member of the "Museum Heineanum", Halberstadt, Germany, which includes a project center to protect the Red Kite (Milvus milvus) in Germany, and a signature member of the "AFC = Artists for Conservation". 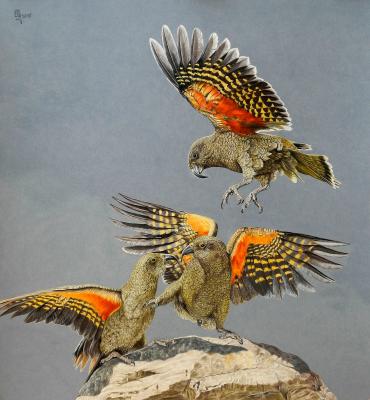