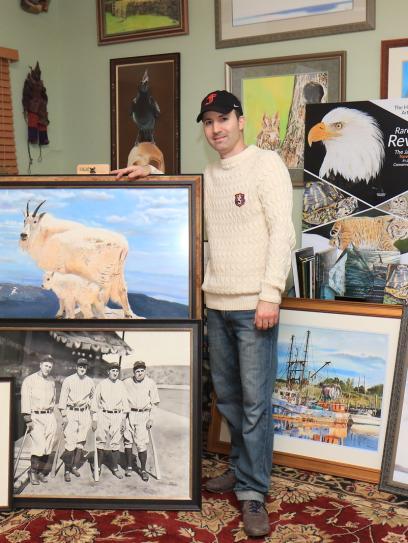 Artist James Fiorentino of Hunterdon County, NJ, has won national acclaim for his ability to create uncanny likenesses of people. The youngest artist ever inducted into the prestigious New York Society of Illustrators, James uses his self-taught watercolor expression to paint some of the most recognized faces in the world, from sports icons and presidents to Nobel Prize winners and CEOs. His award-winning art is showcased in museums, galleries, and private collections across the globe, and his story has been told on national television and in the pages of magazines and newspapers.

Now, James’s trademark detail and realism in watercolor can be seen in his wildlife paintings. The Society of Animal Artists exhibited three of his paintings in the prestigious and highly competitive Art and the Animal show, which was held at the San Diego Natural History Museum in 2011 and at the Bennington Museum in Vermont in 2014. In 2017 his original “Brown Bear Fishing” was exhibited at The Nature and Art Museum in Gloucester , England.  His “Black Vulture” was published in the Society of Illustrators Annual Exhibition, Illustrators 51, and one of his paintings was jury selected for the highly regarded 2014 America's Parks exhibit. James’s art was also chosen for the Artists for Conservation annual international show, and he has a traveling exhibition, “Rare Wildlife Revealed,” in partnership with the Conserve Wildlife Foundation.

In a review, famed author and curator David J. Wagner compared James’s breadth of artwork and talent to that of celebrated American artist LeRoy Neiman, whose subject matter ran the gamut of sports icons, celebrities, wildlife and more.

“Though their painting styles differ, Fiorentino is adept, like Neiman was, at        drawing, which is of course the most fundamental skill required to succeed   as a figurative artist. Very few wildlife artists that I know of can handle the          human figure in convincing fashion. Fiorentino has distinguished himself as          a wildlife artist with skill and versatility that positions him above the rest in        this regard.”

In keeping with his expanding body of work, James is a signature member of the Society of Animal Artists and Artists for Conservation in addition to the American and New Jersey Watercolor Societies and the Salmagundi Club. He also serves as a trustee for The Raptor Trust and D & R Greenway Land Trust, both in New Jersey.

Wildlife Artist of The Year Exhibition 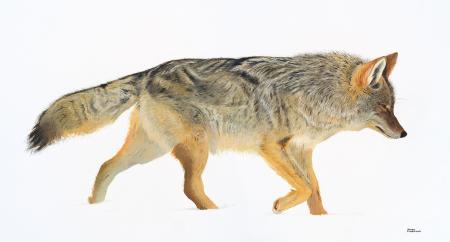