Specializing in Birds and Landscapes 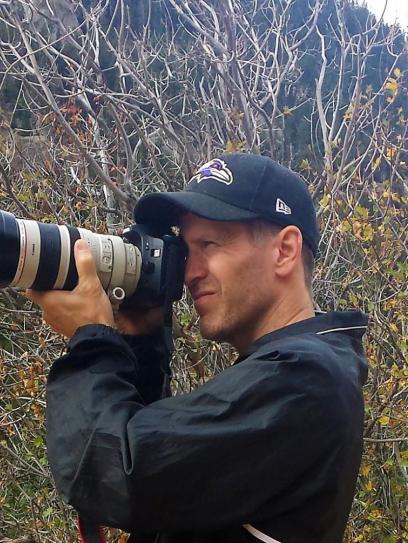 Raymond J. Easton has specialized in paintings of North American birds for nearly three decades. The genre of birds, he says, has carved a niche for him in the diverse depths of the fine art community.
From the time he was very young until now, he has spent much of his life enjoying the natural world. It has been said that his creations combine a superb draftsmanship with the observational powers of a practiced naturalist, something that Easton prides himself as being.

Ray's accolades are numerous. His work has been labeled “world class” by experts in the field, and his paintings can be found in many private and corporate collections nationwide.
He measures the success of each piece through the delicate execution of what he calls his three most important elements - light, composition and anatomy, and his goal has always been to impact the viewer with his end result product.

Easton has been the featured artist at several juried exhibits throughout the Northeast and mid Atlantic states, and was named “New York State Wildlife Artist of the Year” on four different occasions. He was commissioned by the Department of Environmental Conservation to paint the 1997 New York State duck stamp, and similarly petitioned to design and paint the National Audubon Society’s “Wildlife Conservation Stamps”, where he has painted 20 different North American bird species for conservation causes. He is also a signature member of the Artists for Conservation Foundation, whose mission is to support wildlife and habitat conservation, biodiversity, sustainability and environmental education, through art that celebrates our natural heritage. As well as the visual arts, Ray is also a practicing martial artist, where he currently holds the rank of sandan (3rd degree black belt) in aikido.

A percentage of proceeds raised from the sale of selected works
will fund The Nature Conservancy in its worldwide efforts to protect and manage various ecosystems.

Ray has donated many works, both originals and limited edition reproductions to various conservation organizations throughout North America and abroad.